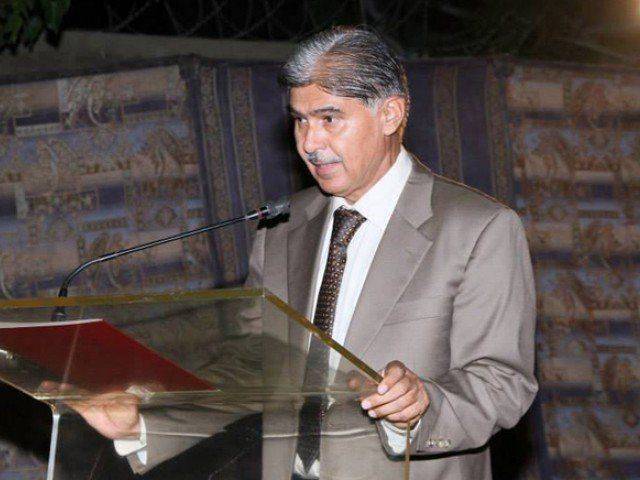 The federal government sacked the Sindh police chief on Saturday — a day after he conceded before the Supreme Court that illegal appointments had been made in the police department. Allah Dino Khawaja has been appointed the new Sindh inspector general of police.

The Supreme Court, while hearing the Karachi violence case, ordered the National Accountability Bureau (NAB) on Friday to investigate IGP Ghulam Haider Jamali over fake recruitments in the Sindh police, as well as the unjust disbursement of investigation funds. The court gave the provincial government a choice to remove the police chief either during the inquiry or after it.

According to the notification, Jamali, a Grade-21 officer of the Police Services of Pakistan, will now report to the Establishment Division in Islamabad.

After assuming the charge on Saturday, Khawaja met the chief minister, who ordered him to give proper attention to law and order, especially keeping in view the ongoing Karachi operation, the CM House spokesperson said.

Khawaja is a member of the inquiry committee, which uncovered massive irregularities in the appointment of policemen by his predecessor. He also headed the panel, which looked into the misappropriation of investigation funds in Sindh police.

On February 3 last year, the apex court was informed by police officials they lacked funds to strengthen the force’s investigation wing that plays a key role in effective prosecution of criminals.

On the provincial advocate-general’s suggestion, the bench had appointed Khawaja as the head of a committee to examine the record of disbursements and ascertain whether the authority had disproportionately distributed them.

The committee was also assigned the task of proposing procedures for improving the process of payment to ensure transparency.

In its 238-pages report submitted in the court last week, the Khawaja-led committee unanimously stated the allocation of funds lacked transparency, rationality and justification. The amounts were neither transparently issued nor were properly utilised. The amount was also not properly distributed among the police officers, the investigators held.

Khawaja was the member of a committee, comprising AIG Sanaullah Abbasi and AIG (Finance) Naeem Ahmed Shaikh, formed by the SC to probe the issue of illegal appointments in Sindh Reserve Police (SRP) in different cities.

In its interim report last week, the committee told the apex court recruitments of 437 personnel, including 19 junior clerks, made by SRP Hyderabad SP Ghulam Nabi Keerio were illegal.

Refuting the allegations in court, Jamali had claimed the recruitments in police force, which were made during 2013-2014, were indeed illegal but the committee members were involved in them.

Khawaja’s predecessor among other senior police officials were also indicted by the Sindh High Court in December 2015 in a contempt-of-court case over a petition filed by disgruntled Pakistan Peoples Party leader Dr Zulfikar Mirza for besieging the SHC and adjoining courts in May 2015.

Captors freed Taseer’s son of their own will, says inquiry