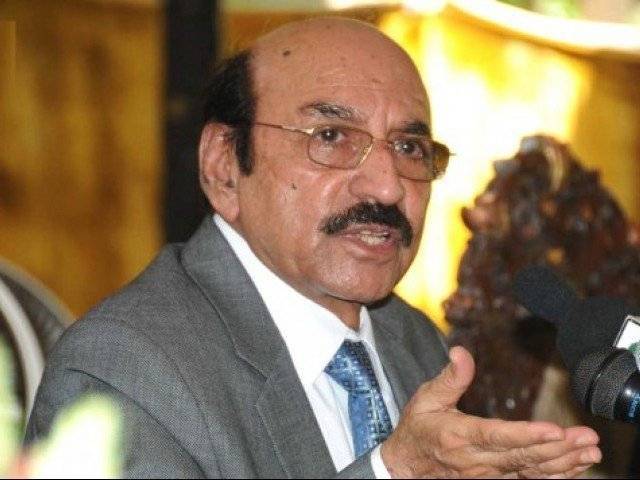 Taking notice of irregularities in the appointment of 9,000 police personnel and investigation funds, Chief Minister (CM) Qaim Ali Shah directed on Friday the chief secretary to probe the matter and punish those involved.

According to a press release issued by CM House, these orders were issued after an interim report was submitted by an inquiry committee comprising three senior police officers – Sanaullah Abbasi, AD Khawaja and Sultan Khawaja – to the Supreme Court recently. The report revealed irregularities in appointments and distribution of funds in the Sindh police.

Hearing the Karachi law and order suo motu case on Thursday, the Supreme Court was informed that a large number of cops were illegally inducted in the police between 2012 and 2016.

The CM’s spokesperson explained that 9,000 vacancies were to be filled through district-level committees formed by the government, however, a higher number of people were inducted.

“Who ordered to appoint more people and who is responsible for it,” asked the CM, directing the chief secretary to order the anti-corruption department to launch an inquiry and submit a report.

The chief minister also took notice of embezzlement of funds in the police department where officers, in the name of investigation, have embezzled millions of rupees. The inquiry report by the three-member committee has revealed that over Rs200 million were released by the police in Kashmore, Tharparkar, Matiari and others districts and all the funds were transferred through cheques.

The CM also ordered the chief secretary to pinpoint problems in funds distribution and seek a solution for it. “I need an impartial inquiry [carried out] to punish the elements who have defamed the government,” Shah said.