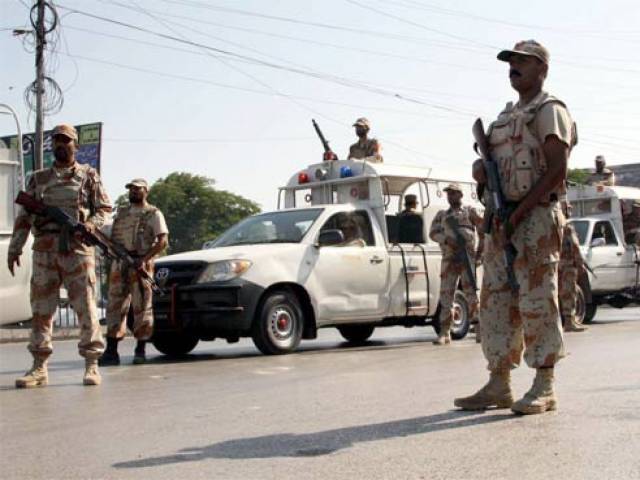 The Sindh government has objected to the paramilitary Rangers proposal to create a separate policing structure in Karachi, as it will create a parallel criminal justice system in the country.

On Tuesday, the provincial government submitted its response in the Supreme Court, hearing the suo motu case of Karachi violence, to the Rangers demand for setting up police stations with investigation and prosecution powers.

“The proposal involves constitutional and legal intricacies that would need to be addressed with due diligence and care,” said the Sindh chief secretary before the apex court’s Karachi registry.

A day earlier, the paramilitary force had lashed out at the provincial government for “limiting its legal powers” against the facilitators, abettors and financers of terrorists. The Rangers urged the court to allow them to establish a separate system with powers to lodge FIRs and prosecution to effectively continue the ongoing Karachi operation.

Siddique maintained that most of the issues raised by Rangers had been resolved at the level of the provincial apex committee and offered unflinching support to the security force in maintaining law and order. The government, however, maintained the Anti-Terrorism Act of 1997 did not provide any time-frame of continuing to solicit assistance from the paramilitary force.

Siddique said there had been no snags in Rangers’ power extensions and the 90-day period was fixed in consultations with the stakeholders.

The response stated the Sindh apex committee in two different meetings had decided to take assistance from Pakistan Army and Rangers over appointments in police. Around 8,000 personnel are to be inducted in the law enforcement agency.

Chief Justice Anwar Zaheer Jamali, who heads the five-member bench, asked the chief secretary to discuss these issues with the federal and provincial governments and all other stakeholders to address Rangers grievances in larger public interest.

When CJP Jamali questioned how many criminals involved in 159 targeted killings in 2015 had been arrested, the IGP replied 39 criminals were arrested while 15 more were killed in shootouts.

Karachi East SSP (Investigations) told the apex court that 15,000 people were killed in Karachi in the past 15 years while criminals involved in 7,000 killings were tracked down by police. The remaining cases have been reopened and are being reinvestigated, he added.

The top judge observed many police officers were upset because there was no security of tenure and cited the example of the Darakhshan police station, where seven SHOs were transferred within 15 months.

The bench directed the IGP to look into the matter and make a policy to be strictly implemented.

The judges were also shocked by the disclosure that seven convicts sentenced for life by anti-terrorism courts had been released on parole in 2015. Four of the prisoners were charged with kidnapping for ransom. The chief secretary was directed to submit a report on how could the four convicts be released on parole legally.

The SC bench also directed newly appointed Board of Revenue senior member Rizwan Memon to inform the court on the time required for matching the recently computerised record of unregistered state lands in Karachi.

The hearing was adjourned till March 10.