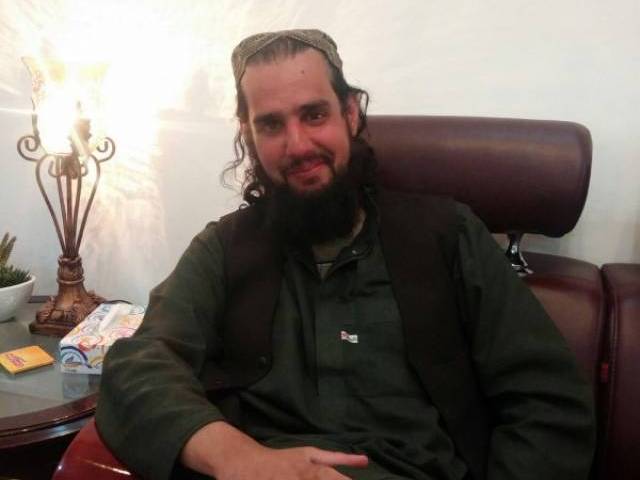 Aitzaz Goraya, head of the Counter-Terrorism Department of Balochistan province told AFP: “Yes, we have recovered him.”

“Acting on a tip-off, intelligence forces and police went to a compound in the Kuchlak district some 25 kilometres north of Quetta,” Goraya added.

“We surrounded the compound and raided it. We didn’t find anyone. A single person was there and he told us my name is Shahbaz and my father’s name is Salmaan Taseer.”

Goraya described Taseer, who is in his early thirties, as being in “feeble” health.

Anwarul Haq Kakar, spokesperson for the Balochistan government, told a private TV news channel: “I can confirm that Shahbaz Taseer has been safely recovered. He is in safe hands.”

He was abducted from the Gulberg area of Lahore on August 26, 2011.

Shahbaz left his house from Cavalry Ground in his silver Mercedes Kompressor (LZT-1) for his office around 10:15am. His car was intercepted by a black SUV and motorbike around 600 yards from the office and up to three men dragged Taseer out of the car and took him away.

Shahbaz’s father-in-law Salman Ghani also confirmed his freedom, but did not give any details.

A second militant source said the Taliban had been demanding up to Rs2 billion for his release.

Security analyst Imtiaz Gul said it was possible a ransom had been paid and Shahbaz had been abandoned by his abductors once they received the money. Owner of a roadside restaurant in Kuchlak told reporters that Shahbaz was recovered after he came to his restaurant on foot on Tuesday evening, made a phone call and then personnel from FC came and picked him up.

“He had grown long hair with a scruffy beard and was frantically asking for a telephone or mobile phone” the owner of Al-Saleem hotel told reporters in Kuchlak.

“He ate food here, paid a bill of Rs350 and then called someone from a waiter’s mobile,” the owner said, adding that minutes later FC personnel arrived.

A vocal critic of the blasphemy law, Salmaan Taseer showed his overwhelming support for Aasia Bibi, the woman charged with making disrespectful remarks against the Holy Prophet (pbuh), and condemned the controversial law on several occasions.

Salmaan Taseer was shot dead on January 4, 2011 by his security guard, Mumtaz Qadri.

Analysts described the execution as a key moment in country’s long fight against militancy, saying it demonstrated the government’s resolve to uphold the rule of law rather than allow extremism to flourish.

He was kidnapped during an election campaign rally on May 9, 2013. His secretary and a bodyguard were killed and four people wounded.