The lady channe­led her inner prince­ss with a twist!
By Entertainment Desk
Published: March 7, 2016
Tweet Email 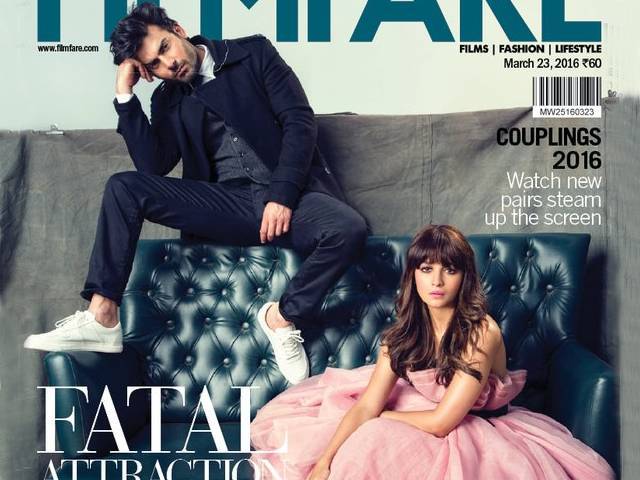 The lady channeled her inner princess with a twist!

Ace Bollywood director Karan Johar recently confessed that his Dharma productions loves Fawad Khan but we guess he is not only the one!

Filmfare has once again featured the Pakistani heartthrob as the cover star for their March issue. Fawad Khan also oozed hotness on the October 2015 cover of the magazine.

However, this time around Fawad shared his charming presence with his Kapoor & Sons co-star Alia Bhatt.

Filmfare cover: Fawad Khan is too hot to handle!

The cover reads ‘Fatal Attraction: Fawad and Alia Summer Romance’ but we guess this romance is going to last all year round.

Beauty and the best!

Check out @_fawadakhan_ and @aliaa08's summer romance on our latest cover.

Fawad is spotted in a similar avatar as the previous cover, which made ladies swoon over his impeccable good looks.

His style game is on fleek with out-of-bed messy hair, grey suit paired with a black jacket and the currently trending, white sneakers. Above all, his killer expressions are enough to raise temperatures. On the other hand, Alia channeled her inner princess in a baby pink gown. The Bollywood actor got her eccentric touch by pairing her dress with black sneakers and sporting a fringe hairdo, it’s Alia’s princess moment after all! Their quirky styles are setting some new wardrobe goals and we can’t wait to see them work their magic in Kapoor & Sons releasing March 18.

Alia is not the only lucky girl Fawad has shared the cover with. He has also showcased his scintillating chemistry with his Khoobsurat co-star Sonam Kapoor back in 2014. Guess our gorgeous hunk looks good next to both his leading ladies.