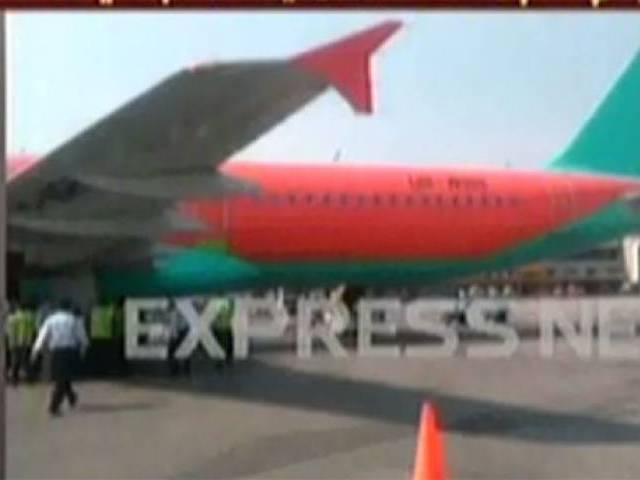 The Islamabad-bound flight PA 271 caused panic among passengers and the crew as one of its tyres burst, urging the pilot to take quick measures.

According to airport sources, despite the difficult landing all passengers on the Airbus A-320 plane remained safe.

The plane was later taxied to the parking bay. The Civil Aviation Authority (CAA) reached the site for further investigations.

Safety measures taken by local airlines has always been questioned by passengers, due to the series of crashes in recent years.

In April 2012, a passenger airliner crashed near Islamabad while trying to land during a thunderstorm, officials said, with all 127 people on board believed to be dead.

Bhoja Air crash in Rawalpindi: ‘No chance of survivors’

The Bhoja Air flight from Karachi burst into flames after coming down in fields near a village on the outskirts of capital Islamabad as it tried to land in rain and hail at the city’s international airport.

The airline said the Boeing 737-200 was carrying 121 passengers, including 11 children, as well as six crew.