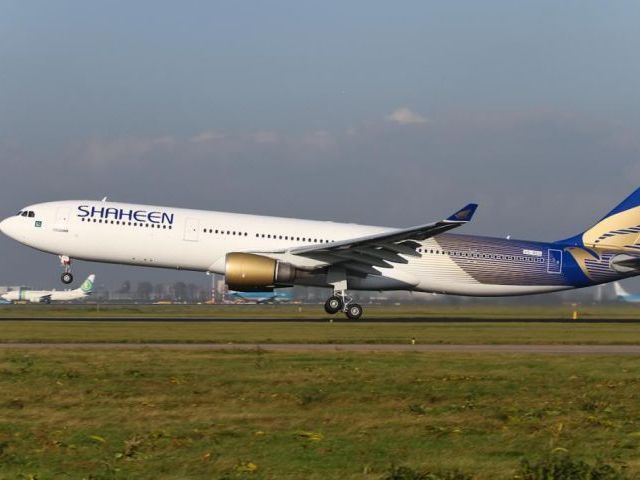 A Shaheen Air pilot on Monday possibly saved the lives of hundreds of passengers, mostly Umrah pilgrims, when he refused to fly a plane with a damaged wing.

According to details, some 330 passengers were scheduled to depart for Saudi Arabia on a Shaheen Airline flight NL-721 at 22:15 local time when the pilot came to know that the plane was not checked properly by airport engineers.

“It was discovered at the eleventh hour and the pilot immediately refused to fly with a hole in the plane’s wing, saying it will crash within seconds,” a senior official requesting anonymity said.

A scuffle broke out between the engineering staff and the management since the flight was about to takeoff minutes before the mechanical failure was detected.

“The passengers were eventually told that the flight had been delayed and it would fly at 6:00PM on Tuesday,” the official said, adding another flight scheduled to leave for Jeddah on Tuesday was delayed until 8:00AM on Wednesday. He said the first flight was delayed for 20 hours whereas the second one for 10 hours.

When contacted for an official version on the issue, Station Manager Muhammad Mushtaq refused to comment on the incident by hanging up on this correspondent and then refused to respond to further calls.