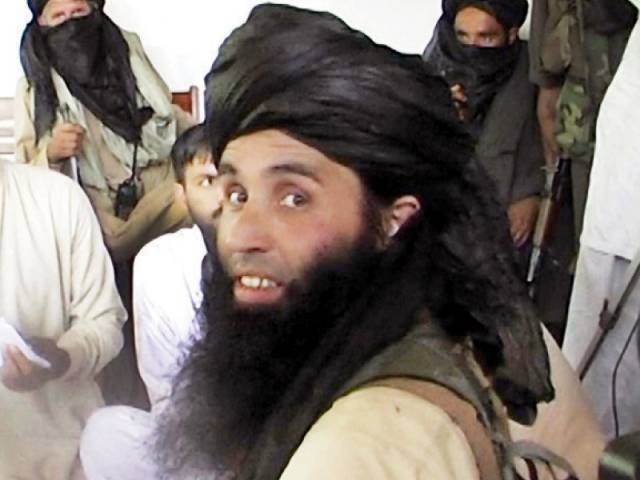 PESHAWAR: Tehreek-e-Taliban Pakistan chief Mullah Fazlullah is hiding in a region where the government in Kabul has no control, top Afghan diplomat in Pakistan said on Thursday.

“Such elements are hiding in areas which are out of government’s control.” Dr Mohammad Umar Zakhelwal, Afghanistan’s Ambassador to Pakistan, said in response to a question regarding the presence of banned Tehreek-e-Taliban Pakistan (TTP) chief Mullah Fazullah and his accomplices in Afghanistan.

Addressing a small function at the Afghan consulate in Peshawar, Dr Zakhelwal claimed there was no dispute between Kabul and Islamabad but the relations between the two neighbouring countries were affected due to lack of trust and misunderstandings.

“If there is no peace and certainty in Afghanistan, thinking of peace in Pakistan is also meaningless as both the countries are not only neighbours but they share common history, culture, languages as well as geo-economic and religious norms,” he said.

The return of peace in Afghanistan is essential for both the neighbouring countries and it is only possible through joint efforts as well as entering into an era of trust and confidence, the senior Afghan diplomat claimed.

Further, Dr Zakhelwal, who is also a special representative of President Ashraf Ghani for Pakistan, said: “return of peace and strengthening of cordial relations is a top priority of the Afghan government and Kabul is expecting a lot from Islamabad.”

“In return of Pakistan’s one step, Afghanistan is determined to go 10 steps ahead,” he added.

Mullah Fazlullah will not evade us forever, says Abdullah

The Afghan ambassador went on to claim that his country suffered a lot as a result of imposed wars and hostilities and added that Pakistan might also become the victim if the existing violence and crises continue on Afghan soil.

“There may be complaints and reservations against each other but all these matters could easily be sorted out through mutual understanding and consultations,” he said, suggesting it was high time for both the countries to act jointly.

He, however, said efforts are underway for arresting or eliminating of all these terrorists, whether they are from Pakistan, Afghanistan or from any other country. “Afghanistan and its people will never allow anyone to work against Pakistan or harm its people.”

In response to a question, the Afghan diplomat claimed there were some elements on both sides of the border who were involved in sabotaging the peace process in Afghanistan. “Certain elements from both sides of Pak-Afghan border are reluctant to let return of peace and cementing of cordial relations between the two countries. Whenever peace talks commence such elements sabotage the process with intensifying violent acts in both the countries,” he said.