An Austra­lian-led Indian Ocean hunt for wrecka­ge from the Malays­ia Airlin­es plane is expect­ed to finish by July
By AFP
Published: March 3, 2016
Tweet Email 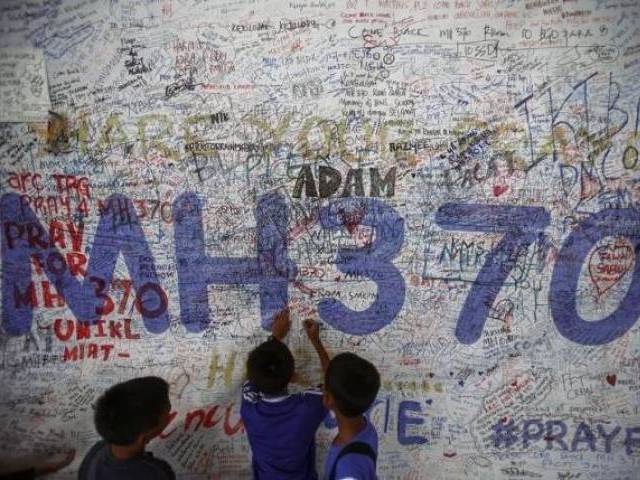 KUALA LAMPUR: Families of MH370 passengers on Thursday issued an emotional plea to authorities to keep searching for the missing plane beyond an expected mid-year completion date, for the sake of distressed relatives and future aviation safety.

An Australian-led Indian Ocean hunt for wreckage from the Malaysia Airlines plane is expected to finish scouring a designated deep-sea zone by July, and authorities plan to end the search if nothing is found.

But Voice370, an international next-of-kin network, issued a statement Thursday pleading with the governments involved to keep searching until something is found.

“Voice370 urges authorities to press on and search on in the current search area,” said Voice370.

“We believe that they should not throw in the towel, close this case and simply chalk it up as an unsolvable mystery.”

The statement was issued just days ahead of the second anniversary of the flight’s mysterious March 8, 2014 disappearance.

Voice370 said families’ pain had not eased with the passage of two “agonising” years.

“The festering wounds of loss and ‘not knowing’ have made the task of initiating even the first steps towards ‘moving on’ practically impossible for family members,” it said.

Continuing the search also “would help make aviation safer” if the disaster’s cause can eventually be identified.

The plane inexplicably vanished during an overnight flight from Kuala Lumpur to Beijing, carrying 239 passengers and crew.

Experts believe it somehow detoured to the remote southern Indian Ocean, where it went down.

But the huge and costly search effort, which also involves Malaysian and Chinese assets, has found no wreckage on the sea floor.

Authorities hope finding a crash site could lead to recovery of the Boeing 777’s black boxes and possibly clues to what happened.

A piece of suspected plane debris was found this week on the coast of Mozambique, thousands of kilometres (miles) from the search zone, and will be analysed in Australia for any link to MH370, officials said.

Last July, a wing fragment was found washed ashore on the Indian Ocean island of Reunion and later confirmed to be from MH370.

Although it confirmed the plane met a tragic end, it has otherwise shed little light on the mystery.

Many next-of-kin accuse the airline and Malaysian government of letting the plane slip away through a bungled response, and of covering up what caused the disappearance.

Some relatives also allege Malaysian authorities are eager to wrap up the search to prevent the truth emerging.

The airline and government strongly deny the accusations.

Asia to see first gasoline squeeze in more than 15 years