Missing role models: Children have no idea about national heroes

Missing role models: Children have no idea about national heroes

None of the pupils sittin­g in the audien­ce could recogn­ise Jehang­ir Khan, Pakist­ani squash player­
By Our Correspondent
Published: February 28, 2016
Tweet Email 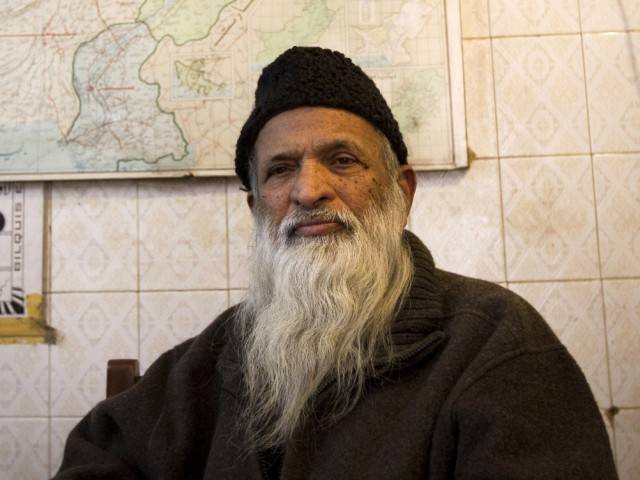 A discussion on publishing graphic stories was overshadowed by the harsh realisation that schoolchildren have no idea who their national heroes are.

The session on Tasveeri Kahani Silsila Series and Graphic Novels was held on the second day of the fourth Children’s Literature Festival to introduce the efforts made by writer Rumana Husain in publishing graphic stories. The speakers came to the conclusion that children have no idea about their national heroes, nor do they read anything else other than what is in prescribed in their curriculum.

Husain introduced to the children her series of six graphic stories of popular and respectable personalities of Pakistan. Out of a list of 100 such personalities, 13 have been written by her on Abdul Sattar Edhi, Begum Rana Liaqat Ali Khan and Faiz Ahmed Faiz to name a few. The stories that have been designed in a comic book style share the life story of these notable personalities.

The most recurring topic of discussion between educationist Sarwat Mohiuddin and journalist Khursheed Hyder was the total ignorance among kids as far the knowledge of these heroes was concerned. None of the pupils sitting in the audience could recognise Jehangir Khan, Pakistani squash player. Only one student responded with a yes when asked if he knew who Faiz Ahmed Faiz, the poet, was. “I wonder what has become of school systems that children have no basic information in them,” lamented Hyder. “It’s the parents’ and teachers’ fault that they don’t introduce them to books,” added Husain.

Mohiuddin then encouraged the teachers present in the session to start discussions on books in classes as the bigger responsibility lies with them. One teacher responded that there is no facility of a library at her school. Mohiuddin then asked the kids about the famous character, ‘Toot Batoot’, from the poems of children’s poet Sufi Ghulam Mustafa Tabassum. His query drew blank stares from the children, making the speakers more alarmed. Mohuiuddin then decided to read some verses. “Ek tha larka toot batot, naam tha uss ka meer salot, peeta tha woh soda water, khata tha woh badaam akhrot, ek tha larka toot batot.”