Singer admits that his fame hit high after he ventur­ed across the border­
By Entertainment Desk
Published: February 27, 2016
Tweet Email 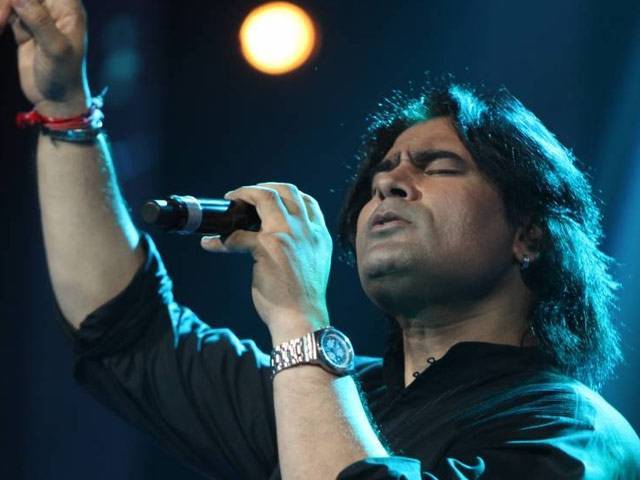 Singer admits that his fame hit high after he ventured across the border. PHOTO: PAKISTAN360DEGREES

Pakistani classical singer Shafqat Amanat Ali has become a force to be reckoned with on both sides of the border, but he admits that it was Bollywood that gave him the boost he needed.

“Bollywood helps your work, and talent, reach places where there is a huge following for Hindi and Urdu work. I always receive compliments for my songs like Yeh Honsla, Bin Tere, Tu Hi Mera and Teri Jhuki Nazar. People remember them,” said the singer in an interview with Hindustan Times.

Shafqat lent vocals for song Yaari, in Sanam Saeed, Mohib Mirza starrer Bachaana, which is a cross border project between India and Pakistan. He shared that the song has been composed by an Indian and written by a Pakistani.

Although many a times political controversies spur up between the bordering nations, Shafqat feels that “such things happen because the people who cause disruption are paid [to do so]. Those who ruin peace are nobody’s friends. We should ignore them, and keep promoting harmony.”

The singer has come a long way from where he first started and he attributes that to close proximity of fame.

From Shafqat with love

“I have learnt a lot. Popularity was always at close quarters,” he said. “My father was very popular, so were my uncles. So, when it (fame) happened to me, I was happy. I was definitely waiting for it to happen, but when it did, I made sure it did not go to my head.”

Shafqat may not be working on an album as of yet, but he has a few solos in the pipeline.

Can you figure out what colour this jacket is?