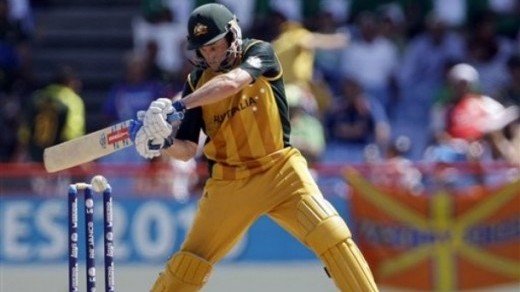 KARACHI:
Highly pleased by their 21-rmun triumph in their World Cup opener against Bangladesh, Pakistani players showed complacency in their second match of the event against Australia and as result they had to face a 34-run defeat, says former Test cricket Zaheer Abbas.

"They played brilliantly against Bangladesh in their first match. A 142-run opening partnership by Kamran Akmal and Salman Butt was commendable. However, they failed to go in the match against Australia with the same determination and the players looked somewhat complacent," Zaheer Abbas said.

He further said that the team should always go in any match as a new expedition and should take every precaution without being occupied by former victory or defeat.

"Each match is a new one and former experiences should not make the team go on a defensive or take a match easily," he added.
He said that Pakistan has to work on their fielding as it has been a loophole for a very long time and Pakistan has to pay a heavy
price because of it.

"You cannot afford to drop catches and mis-field in international matches. Look the damage David Hussey did after he got a life when Salman Butt dropped his catch. It is not a domestic match one has to put his best whether he is bowling, batting or fielding," Zaheer stressed.

When Salman dropped Hussey's catch, the Australian was playing on 17 runs. However, with a new life, Hussey went on to complete his
fifty in only 27 balls. Zaheer said that bowlers failed in the match except Mohammad Aamer and Saeed Ajmal. 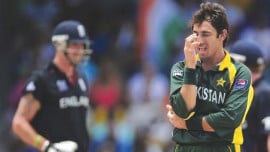 I.M | 10 years ago | Reply sad but trueAfridi seemed frustrated.
Umar | 10 years ago | Reply Pakistan is yet to perform under pressure. They generaly loose track when they are under pressure and the same happened in the match against Australia. From the word GO (including loosing toss), the Australians made Pakistan remain under pressure. As a result, our bowlers lost track of bowling, our fielders started dropping catches (2 by Misbah, 1 by Kamran Akmal and 1 by Salman Butt) and the overall plan & strategy for handling the batting side also vanished in thin air. Batting under pressure, worst possible start was given when we lost the opener on the first ball of the innings. After that, there was no let up. We continued loosing our wickets with sustained intervals and if there was any glimmer of hope, it was when Afridi and Misbah were batting. But it could not last for long and we succumbed to the over arching Australian side. No individuals to be blamed for. Its the team that failed yet another test of pressure and guts.
VIEW MORE COMMENTS
Natasha | 10 years ago | Reply Feeling complacant playing against Australia only because they beat a weaker team a day before? I dont think so. It was Australia. We had to lose any way.
Replying to X
Saved ! Your comment will be displayed after the approval.
Error !
Error! Invalid Email.