These Pakist­anis appear in the list of social entrep­reneur­s as well as media and market­ing
By News Desk
Published: February 25, 2016
Tweet Email 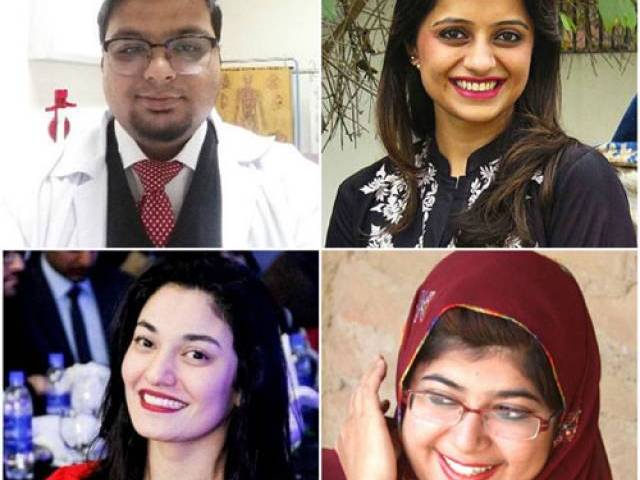 Four Pakistanis made it to Forbes ’30 Under 30′ Asia list for 2016 on Thursday, in which the business magazine recognised 600 young game-changers across 20 different fields.

This year’s Social Entrepreneurship and Media & Marketing category feature feature four Pakistanis who they believe are changing the world.

Brohi started a non-profit organisation to empower women in rural Pakistan at the age of 16, after witnessing an honour killing. Brohi’s social enterprise provides six months of training to women in 23 Pakistani villages, where they gain business knowledge, learn ways to monetise traditional embroidery skills, and get access to loans and markets. Farhan was elected as a member of the first ever High-Level Panel of the UN Secretary-General on Women’s Economic Empowerment this month. Farhan, who is CEO of Buksh Foundation and director of Buksh Energy, was also part of the ’30 under 30’ list by Forbes magazine for Social Entrepreneurs in 2015. Jahangir is running several non-for-profit healthcare programmes in Karachi. One of its flagship initiatives is a programme to create the country’s first blood bank integrated to mobile networks. Mazari was appointed as Pakistan’s first female Goodwill Ambassador to advance gender equality and empowerment of women by the United Nations Entity for Gender Equality and the Empowerment of Women. This article originally appeared on Forbes