The car is the first and only batter­y powere­d ride-on for kids
By News Desk
Published: February 23, 2016
Tweet Email 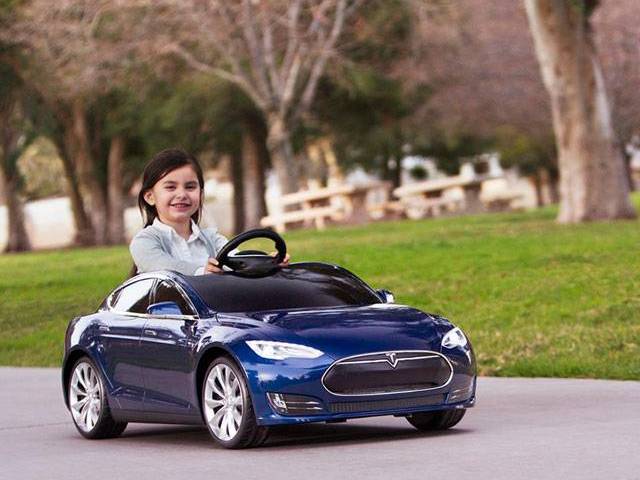 Children can now drive their very own Tesla Model S.

Designed for children aged three to eight, the car has a maximum speed of six miles an hour, and comes complete with working headlights, battery power and a sound system. Like the real Model S, the Tesla Model S for Kids is electric, and it charges in just three hours. Tesla announced on its website that it will soon begin shipping mini Tesla Model S cars for kids for $499 each.

The car is the  first and only battery powered ride-on for kids with Lithium Ion Technology.  It has a boot in the front that can store the equivalent of a football and rugby ball, and can be driven in reverse.

The car also boasts working headlights, a “spacious interior” and a trunk in the front of the car. Buyers also have the option to purchase premium batteries, special license plates and mini indoor car covers.

Children can pick from “authentic Tesla Model S colours” when designing their toy cars. These include deep blue metallic, midnight silver metallic and red multi-coat. Parents can limit the car’s top speed to three miles an hour. Cars designed for children have been around for decades – and the Tesla Model S for Kids is by no means the fastest.