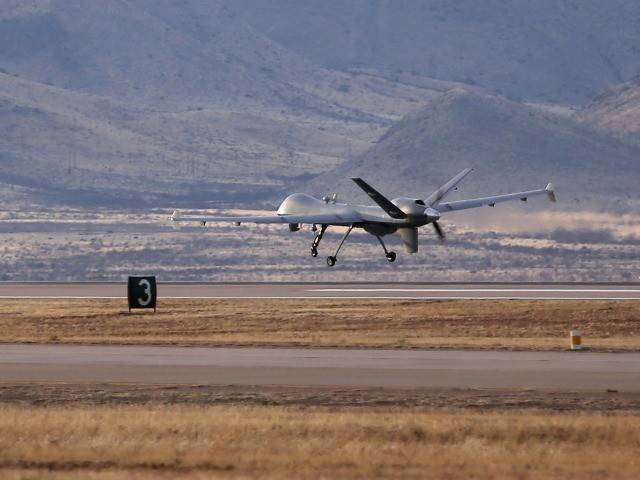 WASHINGTON: The United States has made little or no progress in explaining how and why it orders lethal drone strikes, even as America’s reliance on the unmanned aircraft soars worldwide, a report found Tuesday.

According to a study by the Stimson Center, a Washington-based nonpartisan think tank, President Barack Obama’s administration has failed to provide basic transparency into the drone program that has become a keystone in America’s counterterrorism efforts.

“In terms of the justification for the program and all the legal basis – that still remains out of reach of the American public,” study author Rachel Stohl told AFP.

Her paper gives American school-style grades in a “report card” to the US government, rating how it has improved its drone accountability since the Stimson Center wrote a damning report on the matter in June 2014.

The report card gave the Obama administration an “F” — or a failing grade — in three areas: a lack of progress on releasing information on targeted drone strikes, developing better accountability mechanisms and explaining the US lethal drone program’s legal basis.

Obama has drastically expanded the drone program during his tenure, but his administration provides scant information on strikes.

Critics say many drone strikes kill civilians, and the aircraft alienate and radicalize local populations on the ground.

Since June 2014, the United States has reportedly carried out lethal drone strikes in Afghanistan, Libya, Pakistan, Somalia and Yemen, as well as against Islamic State jihadists in Iraq and Syria.

The Stimson Center said at least a dozen countries now host US drone bases, including Ethiopia, the Seychelles and Yemen.

“The targeted killing program has been the most precise and effective application of firepower in the history of armed conflict,” said Michael Hayden, former head of the Central Intelligence Agency, which carries out most drone strikes.

Writing in The New York Times on Sunday, he credited drones for decimating the ranks of Al-Qaeda.

But the Stimson Center says such assertions are meaningless without any publicly reviewable data available to back them up.

“We know very little about the actual drone operations, the missions, even in aggregate we don’t know,” Stohl said. “How do we evaluate if this program is successful?”

Much of the limited data available on deadly drone strikes has been compiled by journalists, watchdog groups and industry whistleblowers.

The report’s highest grade is a “C.” While it’s a passing grade, it’s still far from stellar.

It credited the administration with making some progress in releasing a new export policy on drones, progress toward adopting rules and regulations for the use of drones in US airspace, and progress acknowledging the use of drone strikes in foreign countries.

My friend, the former Muslim extremist

The Stimson Center’s 2014 report had called for more transparency from the Obama administration, urging it to acknowledge drone strikes after they have been carried out in a foreign country.

Obama has promised to curb the secrecy around the strikes and in 2014 said any operation should not “create more enemies than we take off the battlefield.”

But Stohl said Obama needs to act fast if he wants to enhance the drone program’s accountability before he leaves office.

“There are pragmatic steps that President Obama can take prior to the end of his term to improve America’s drone policy,” Stohl said.

“Doing so would set a positive precedent for the next administration and better balance legal and ethical frameworks with national security and foreign policy concerns. But time is running out.”