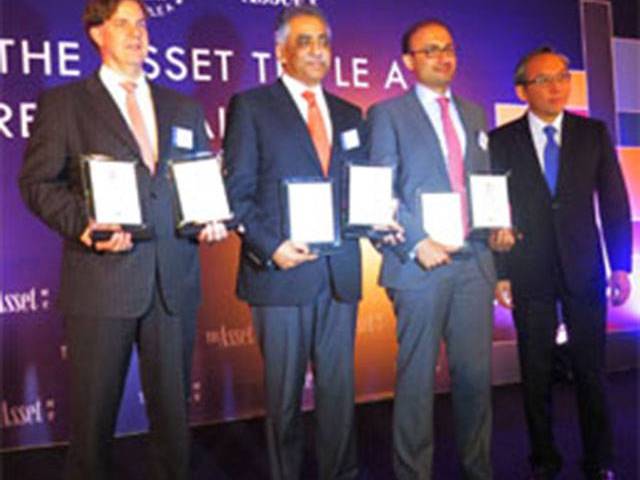 The Asset is Asia’s leading issuer and investor-focused financial monthly publication which recognises Asia’s top financial institutions for excellence in the industry.

Pakistan received the award in recognition of the country’s transactional work on the divestment of the government’s shareholding in Habib Bank Limited in 2014-15, according to Radio Pakistan.

Pakistan was given the`Best Deal of the Year 2015′ Award at The Asset Triple A Regional Awards ceremony held in Hong Kong.

Minister of State for Privatisation Mohammad Zubair was accompanied by Pakistan’s Consul General in Hong Kong, Ghufran Memon, while receiving the prestigious award on behalf of the country.

Hong Kong’s top executives and policy makers from the finance and banking sectors were also in attendance of the award ceremony. A number of awards of various categories were given away to financial institutions, banks, investment houses and countries.