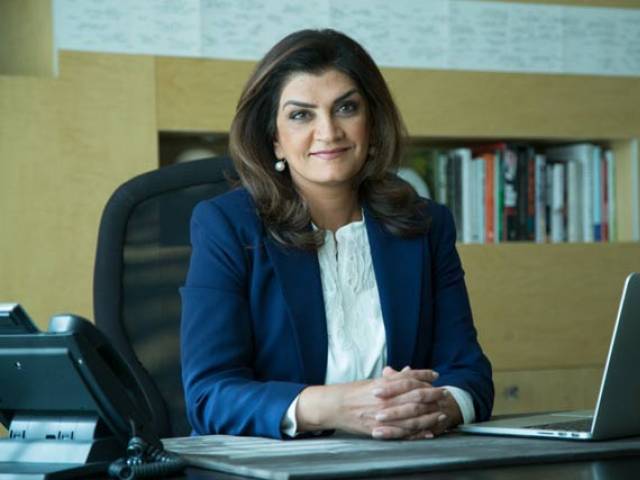 A Pakistani woman has been awarded the first-ever Global Humanitarian Award for Women’s and Children’s Health for her contributions to Pakistan’s health and education sector.

Chairman of the Aman Foundation, Fayeeza Naqvi, along with her husband Arif Naqvi was honoured as one of the four winners of the first-ever Global Humanitarian Award for Women’s and Children’s Health at the 2016 International Conference on Family Planning (ICFP) in Nusa Dua, Indonesia.

Upon winning the award, Naqvi said, “Aman is dedicated to promoting the centrality of family, and dignity of life for all. The ‘Sukh’ program was created with this mission in mind, and seeks to foster gender equality, by giving women the power of choice.

“We believe that healthy, educated and empowered women build strong families and productive communities. Aman aims to develop programs that convene international partners to bring best practise and expertise in collaboration with local government to ensure a sustainable impact,” she said. “I am honoured to accept this award on behalf of the Aman Foundation and look forward to working closely with my fellow awardees in furthering the cause of family planning and maternal health,” she added.

The ICFP, a four-day event which kicked off on January 25 2016, was co-hosted by the Bill & Melinda Gates Institute for Population and Reproductive Health, at the Johns Hopkins Bloomberg School of Public Health, and the National Population and Family Planning Board of Indonesia (BkkbN).

The award paid tribute to Aman Foundation’s work in the area of women and children’s health exemplified by programs developed by Aman Health and its dedicated family planning programme, Sukh, which was launched as a concrete outcome for the London Summit on Family Planning, the press release read.

Sukh was established as a joint collaboration between the Gates, Packard and Aman Foundations. The programme covers a population of one million in some of the most under-served and challenging areas of Karachi.

Jose “Oying” Rimon II, Chair of the ICFP International Steering Committee and Director of the Bill & Melinda Gates Institute for Population and Reproductive Health, on the occasion said, “We are honoured to count Fayeeza and Arif Naqvi among the recipients of the 2016 Global Humanitarian Awards for Women’s and Children’s Health.”

Their tremendous contributions to family planning and maternal, neonatal, and children’s health epitomise the theme of the  the 2016 International Conference on Family Planning: Global Commitments, Local Actions.

The award recognises individuals who, with great vision and leadership, invest private wealth for the advancement of reproductive, maternal, neonatal and child health, especially family planning, at regional, as well as global level.