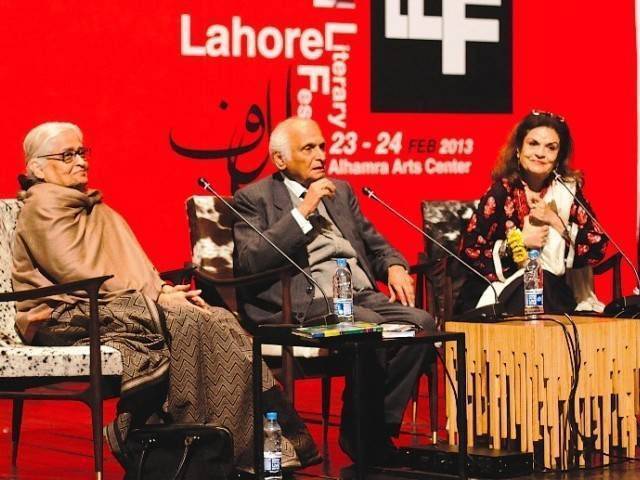 LAHORE: Pakistan’s literary scene is seeing a spirited revival, with packed festivals attracting tens of thousands in a rock concert-like atmosphere that defies security threats in a growing cultural renaissance.

Events such as the raucous Lahore Literary Festival, held over the weekend, are reclaiming the ‘cultural space’ that has shrunk significantly in the conservative Muslim nation in recent years amid a raging militant insurgency.

The festivals — platforms for all forms of cultural expression, from architecture to film to food writing and feminism, as well as poetry and a recital by Central Asian musicians — are becoming a forum for exchange of liberal thought across the Muslim world.

“It’s great — one of the saddest things when you keep talking about Islam, the Muslims, the Ummah (the brotherhood of Muslim countries) is we don’t know what their writers are, we don’t know what their stories are,” said Mohammed Hanif, whose internationally renowned 2008 novel “A Case of Exploding Mangoes” weaves a dark comedic narrative around the death of dictator Zia ul Haq.

“And there is very little that gets translated from these languages. So it’s great to have Palestinian writers, Egyptian writers,” he told AFP at the Lahore festival.

The event began with an interview with veteran Indian actress Sharmila Tagore, who received a standing ovation after discussing her storied career in Bengali and Bollywood cinema. She hailed the cross-pollination of artists across the two rival countries’ borders as an important part of “cultural diplomacy”.

Other top-billed speakers included outspoken Egyptian-American feminist Mona Eltahawy — whose vociferous denunciations of patriarchy and the politics of the hijab gave the festival some of its most energetic and controversial moments.

Critics say successive Pakistani governments, influenced by the religious right, have done little to encourage artistic expression or have even curtailed it — including banning Lahore’s spring kite-festival of Basant in 2007, which miliatants accuse of propagating Hindu thought.

But overall levels of violence have fallen in the past two years as the army has stepped up its campaign in the Taliban’s border tribal regions.

The Lahore festival’s fourth edition glossed over a last-minute change of venue due to security fears and brought together writers and artists from across the region.

It came hard on the heels of a similar festival in Karachi and ahead of one in Islamabad. Organisers estimated around 100,000 people attended in an almost Glastonbury-like atmosphere.

“The show must go on in spite of all the odds,” the festival’s CEO and founder Razi Ahmed told AFP.

“It’s important to reflect to the wider world that we’re not a country which is closing its doors but we’re opening space that is going to allow us avenues for free thought and critical inquiry.”

Pakistani authors have garnered increasing international attention in recent years, particularly those writing in English like Hanif and Mohsin Hamid. His novel “The Reluctant Fundamentalist” — the fictional story of a disaffected Pakistani-American’s journey towards extremism — became a hit film in 2012.

Closer to home are newer works like Saba Imtiaz’s “Karachi, You’re Killing Me!” about a tenacious reporter looking for love as she works her beat covering extremist attacks — a sort of Pakistani Bridget Jones.

Despite the cultural revival, the militant insurgency that has racked the country for more than a decade is still underway.

But Lahore has long captured the imagination of writers — from Britain’s Rudyard Kipling to revolutionary poets like Habib Jalib.

Festival founder Ahmed said he hoped it would continue to do so. “Lahore is a global site of ideas,” he told AFP. “We are trying to reclaim that.”