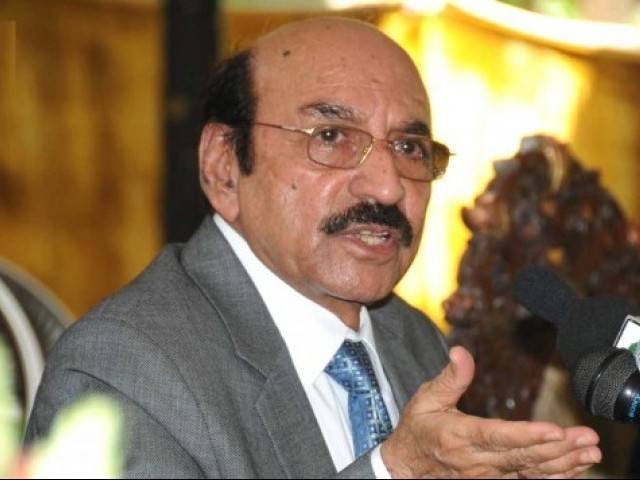 KARACHI: Chief Minister (CM) Qaim Ali Shah said on Friday that he had received reports of the emergence of religious seminaries in the desert areas of Tharparkar district.

Under the cloak of social work, outsiders have started building seminaries and are bringing in students from poverty-stricken areas of the country, he informed a meeting held to discuss security of educational institutes at CM House.

“How are these seminaries being established by outsiders for non-local students,” he asked, and directed all security agencies’ representatives in the meeting to keep an eye on the matter and report back to him. He informed that it was decided in an apex committee meeting that no new seminary would be allowed to operate without the prior permission of the Sindh home department.

During the meeting, the Sindh government decided to increase security of educational institutes by taking several preventive and protective measures, which include strengthening of the intelligence network, patrolling along Sindh’s borders, and deployment and patrolling of police and Rangers around schools.

“We have to work out a concrete plan to protect public and private educational institutes,” said Shah. It was pointed out in the meeting that around 180 educational institutes have been termed ‘sensitive’ in terms of security. Therefore, police and Rangers personnel assigned to secure schools have started coordinating with the schools’ administrations.

Moreover, a framework for the security of schools has been devised, which includes, installation of CCTV cameras, fire extinguishers, having a first-aid box, checking of every employee and those who come to pick and drop children, raising of schools’ compound walls, developing barriers on the way leading to the premises and coordination with relevant police stations.

Rangers DG Major-General Bilal Akbar said he has deployed Rangers personnel at around 108 schools. The incharge of the relevant Rangers unit is also holding meetings with school managements to develop close coordination with them.

The meeting also decided to deploy scouts in schools for security purposes, and suggested that parents may also be involved in providing security.

Private schools which can afford their own security are being guided in the matter as well.

Moreover, it was decided that personnel of law enforcement agencies (LEA) in plain clothes will keep on visiting the schools.

It was also decided to start self-defence training in schools and developing confidence among children and teachers.

Karachi Additional IG Mushtaq Maher said he had developed an alarm system between the school and relevant police station. This system has been developed through Ufone and would start functioning from next week, he explained.

Shah urged the Rangers DG, police and Karachi commissioner to keep holding meetings on the issue of educational institutions’ security.

The meeting was attended, among others, by ministers Nisar Khuhro, Jam Khan Shoro, Maula Bux Chandio, and senior police and government officials.