Back in 2014, the group gained fame when they climbe­d the Shangh­ai Tower, the world’s second-talles­t buildi­ng
By News Desk
Published: February 17, 2016
Tweet Email 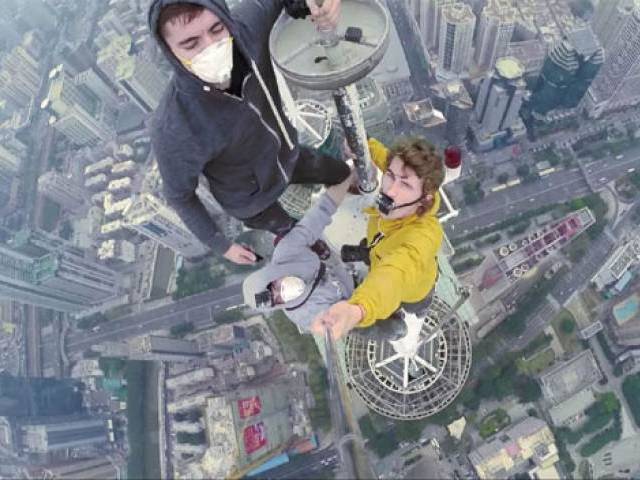 Three photographers from Russia and Ukraine climbed the top of one of the world’s tallest towers, bare-handed, to take selfies.

The group scaled the Shun Hing Tower in Shenzhen, which is the 28th tallest in the world, during the Chinese New Year. The building is also the city’s third tallest.

Watch their ascent, including the hair-raising climb up the building’s antenna, which accounts for the final 60 meters or so:

This is not the first time the  group, including Vitaliy Raskalov and Vadim Makhorov from photography collective On The Roofs, has attempted something like this. Last year, they climbed Shenzhen’s Ping An Finance Center which is the world’s fourth-tallest building (600-meters-tall).

Back in 2014, the group gained fame when they climbed the Shanghai Tower, the world’s second-tallest building. Since then, there has been no stopping the group which has climbed buildings and monuments worldwide, from towers and bridges in Russia to Christ the Redeemer in Brazil.

Also in 2014, On The Roofs collaborated with some Hong Kong-based videographers to document their climb in the heart of the city’s downtown. Once on the top, the group rewired the building’s multi-story electronic billboard to remove the sponsor message and replace it with their own.

This article originally appeared on Quartz

US had cyberattack plan if Iran nuclear dispute led to conflict