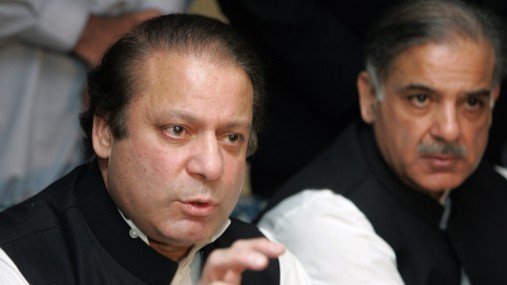 Accountability Court Judge Wamik Javed on Monday dismissed the petitions against Sharif brothers that were filed to reopen NAB cases against them.

During the hearing, Justice Wamik said that the cases cannot be reopened until chairman NAB puts his signatures on the petitions.

Nab decided to reopen the cases on account that Sharif brothers have returned to their country that’s why the cases should be reopened and heared.

Earlier the references were postponed since Sharif brothers were out of the country. 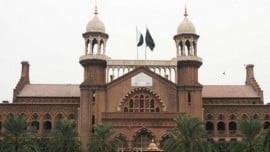 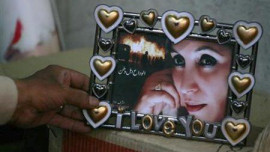 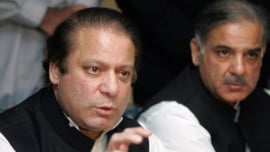 cmsarwar | 10 years ago | Reply The decision has been given by an accountability judge,Mr.Wamiq Javed.How does it reflect on the Chief Justice or the Supereme Court.Apparently the basis on which judgement has been given is flimsy and stupid.The Chairman Nab does not put signatures to all the papers in his office .There is a possibility that some brief case might have been despatched by Sharif Brothers to the right destination.(Remember Rafiq Tarar travelling to Quetta,loaded with brief cases,to activate the then Baluchistan High Court.).Sharif Brothers have the rare distinction of injecting big money into the political system of Pakistan.(Forgotten PICNIC IN CHANGA MANGA).One of the Sharifs is ruling Punjab and insulting the soul of Habib Jalib ,the great poet who was never a hypocrite.The other Sharif is playing friendly opposition with Zardari,and waiting for his turn to loot the country,if at all something is left over by the Great Zardari.Politics has been,and will always be,a cover for their business for Sharifs. And let me remind you the Chief Justice and his team is the best and last hope of Pakistan
Natasha | 10 years ago | Reply It was rejected because Chairman NAB's signatures were missing. Do you all jump to the comments section without reading the news?
VIEW MORE COMMENTS
cheema | 10 years ago | Reply No surprise. this adlia is a joke
Fasih Ali Khan | 10 years ago | Reply ''Independent Judiciary'' for ''Sharif'' brothers. It All Makes Sense.
Noor | 10 years ago | Reply Very right decision. This what we can excpect from Azad Adlia. Well done.. CJ zindabad.... He is Marde Momin.
Shahzad Khan | 10 years ago | Reply Bravo! As expected from Nawaz Adlia.
Replying to X
Saved ! Your comment will be displayed after the approval.
Error !
Error! Invalid Email.