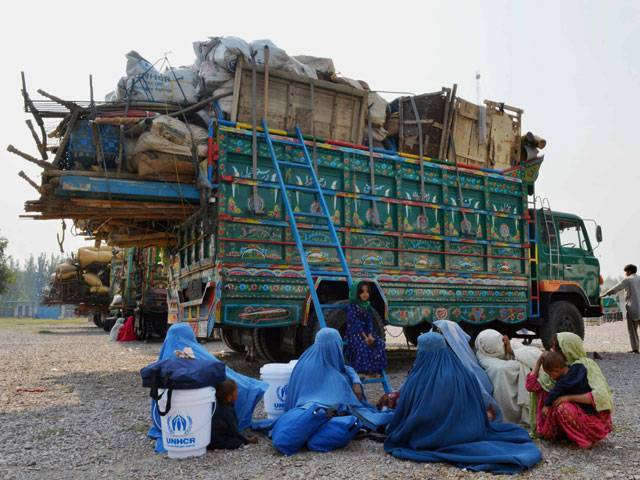 Official documents have shown that the registration and repatriation of undocumented Afghan refugees has not begun in earnest. The documents also purport to outline the progress of the National Action Plan (NAP) during the last six months.

According to these documents, the governments of Balochistan, Khyber-Pakhtunkhwa (K-P) and the interior ministry have reservations over their registration.

Twenty-one centres were set up by the National Database and Registration Authority (NADRA), with three in Punjab, one in Sindh, 12 in K-P and five in Balochistan, for the registration of undocumented Afghan refugees.

The home secretary of the government of Balochistan, Akbar Durrani, told The Express Tribune that the stay of these refugees has been extended till June this year. He added that the provincial government wanted them repatriated quickly instead of issuing them more Proof of Registration (PoR) cards.

He said all those refugees who do not have PoR cards are illegal and strict action will be taken against them.

“Currently, illegal refugees are handled under Foreigners’ Act in which they are fined only Rs500, besides sentencing them for two months after which they are released. The federal government should legislate in this context and award strict penalty to discourage their influx,” he commented.

Akbar Durrani said the Afghan government should also be taken on board to discourage the refugees from staying illegally.

The home minister of Balochistan, Sarfaraz Bugti told The Express Tribune that the Afghan refugees have become too heavy a burden on the provincial government and that they have to be respectfully repatriated.

“We have endured them too long; we have served them a lot, but now they need to be repatriated as their presence is creating a lot of trouble regarding law and order situation in the province,” he said.

According to him, there are 0.3 million registered Afghan refugees while nearly 0.5 million are unregistered in Balochistan.