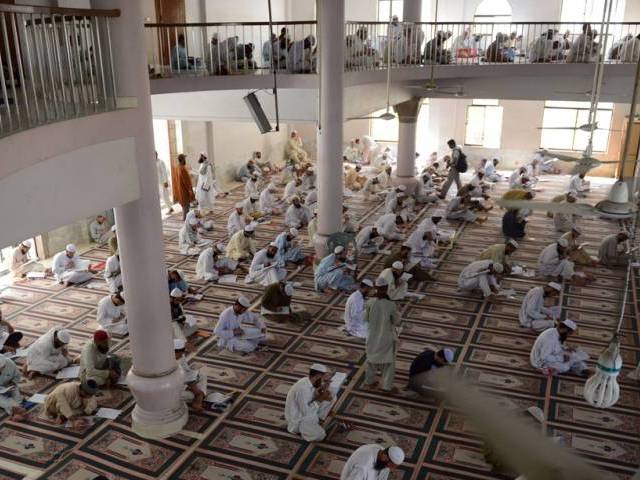 Interior Minister Chaudhry Nisar Ali Khan has said that Islamic seminaries, or madrassas, are like a bulwark against terrorism.

“It has been my opinion that madrassas are a shield against terrorism. And my opinion is based on facts and figures,” the security czar said while speaking to journalists in Kallar Syeddan, Rawalpindi, on Saturday.

He added that the government has evolved consensus with the Wifaq-ul-Madaris, an umbrella of Islamic seminaries mostly belonging to the Deobandi school of thought, on the registration of madrassas. “A formal announcement to this effect will be made soon,” he added.

Registration of madrassas is one of the thorniest issues in the 20-point National Action Plan against terrorism that was put in place following the 2014 deadly Taliban rampage at Peshawar’s Army Public School.

The interior minister said the Middle Eastern ultra-extremist terror group, Islamic State, also known by its Arabic acronym Da’ish, has no organised presence in Pakistan. “Terrorist organisations are using Da’ish as a façade to mount attacks in the country,” he added. “In Pakistan, Da’ish does not have the kind of presence it has in some Arab and African countries.”

The interior minister expressed satisfaction over how the incumbent government has reined in terrorists in the country. “When the PML-N was voted to power in 2013, Pakistan recorded six to seven terrorist attacks daily,” he added. “Now, we see a terrorist act in days or even weeks.”

He said that those who get involved in political point-scoring after every terrorist attack were in fact boosting the morale of terrorists and demoralising the Pakistani nation.

Nisar said Pakistan was winning the fight against terrorism due to the sacrifices of the security forces, especially the army. “The government is also taking measures to win the psychological war [against terrorists],” he said and added in an oblique reference to the PPP that those who slept on the issue during their tenure have no right to criticise the government.

Replying to a question, the minister said investigations were under way in the Dr Imran Farooq murder case. He did not share details – but investigators are reportedly asking for permission to visit the United Kingdom and Sri Lanka to collect evidence against the suspects on trial in Pakistan for aiding and abetting the 2010 assassination of the MQM convener.