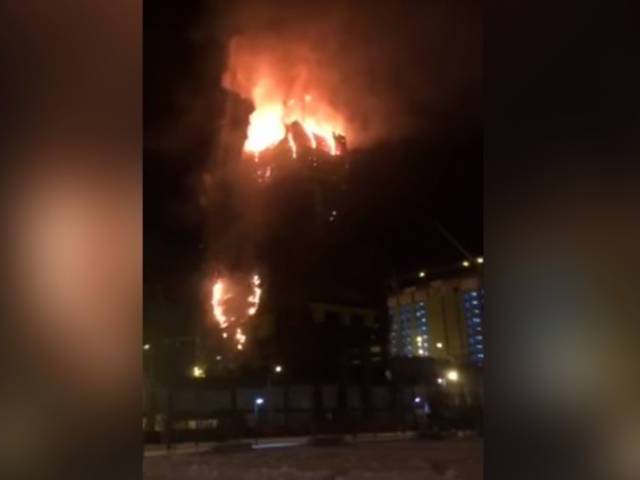 ALMATY: A fire broke out on Saturday at a construction site where Central Asia’s tallest tower is being built in the Kazakh capital Astana, the Kazakh interior ministry said.

The blaze at the Abu Dhabi Plaza, being built by United Arab Emirates developer Aldar Properties and contractor Arabtec, started early in the morning and took six hours to put out, the ministry said.

Photographs on the ministry’s web site showed flames leaping from several different floors of the skeleton girder structure of the building that has been built so far.

When firefighters arrived, floors 11 to 25 were on fire, it said.

The ministry reported no injuries, saying 150 workers had left the construction site, and the extent of damage was unclear.

Abu Dhabi Plaza, due to be completed by the end of this year, will include a hotel as well as residential, retail and office space.

The ministry said in a statement that a heater was the most likely cause of the fire.