Qamar Bano Pathan — the patron of Jacobabad’s poor and needy

Qamar Bano Pathan — the patron of Jacobabad’s poor and needy 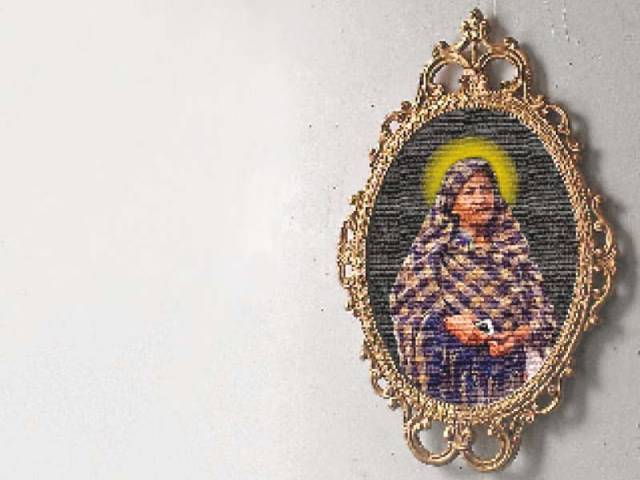 JACOBABAD: From arranging Zakat funds for the poor residents of Jacobabad and getting patients admitted at a public hospital, to fixing water supply and overflowing gutters, Qamar Bano Pathan is working tirelessly as the patron of Jacobabad’s poor and the needy.

Long queues are often seen outside the 55-year-old’s house in Jacobabad’s Post Office muhalla. Even though she does not enjoy any government job or an elected position, Qamar Bano has managed to resolve issues for anyone who has knocked on her door.

“If any official adopts ‘delaying tactics’ to resolve any issue, Qamar Bano will approach the high-ups along with other concerned citizens and stage a sit-in in front of their offices or address press conferences, compelling officials to take up the issue,” said Imran Memon, a civil society activist.

Start of a selfless journey

It was a case of domestic violence that compelled Qamar Bano to take up the mantle and try to bring about social change in her city. Around 20 years ago, a man in her neighbourhood severely tortured his wife and kicked her out of their house.

Qamar Bano, who herself had gotten married at a tender age of 13 years, rescued the young woman. “It was a scorching day of June and the newly wed young girl was crying outside her house pleading to her husband to open the door,” she recalled. “I got out and called the girl into my house.” The young woman’s parents lived in Dera Murad Jamali, a border area of Sindh and Balochistan.

Later, she arranged for a car to take the woman back to her parents. “Her cruel husband started threatening me and my family and once resorted to aerial firing,” she narrated. “I went to the police and registered a case against him. The police put him in jail and I became a ‘heroine’ in the area,” she said, smiling at the memory.

This incident proved to be a turning point for Qamar Bano, whose modest family background did not prevent her from rising to the occasion.

Watching over her city

Be it a school or college, a hospital, a union council or a town committee office, or even a police station – there is no one in Jacobabad who does not refer to Qamar Bano as ‘Aapa’ (a word used for elder sister). She is often seen walking her way around the city, tackling one problem after another.

“After having breakfast, I leave my house to redress peoples’ problems and return home by evening,” she said.

Some days are easier than others. She cannot keep the tears at bay when she talks about the plight of hepatitis patients. “You will see a majority of Jacobabad district’s patients at the Sindh Institute of Urology and Transplantation in Karachi because of highly contaminated water in this area,” she pointed out. “People are forced to drink it because they have no alternative. There has been severe shortage of hepatitis injections in the entire province but I fought with the higher authorities and managed to arrange vaccinations for the poor people in this town,” she said. Her struggle bore little fruit as some burglars broke the locks at the government hospital and stole all the injections.

A common man’s obituary: The saviour of Chawkandi tombs

Qamar Bano thanked her husband for understanding her work and giving her the freedom to undertake the tasks she does. “Sometimes during an emergency, I welcome people into my house even at midnight,” she said. “My services are purely voluntary and without any vested interests,” she clarified.

On November 11, 2015, a few civil society organisations in Jacobabad got together to launch a citizen’s forum, comprising various stakeholders to mobilise citizens to raise their voices against pressing civic issues. The 45 members of this forum have elected Qamar Bano as its chairperson to interact with the deputy commissioner, the town municipal administration and health officials.

“Being an elected chairperson of the citizens’ forum, my first priority will be to free Jacobabad city of solid waste [garbage] and provide tap water to people,” she said, adding that the forum will work with the newly elected local government representatives and government officials to resolve civic issues.