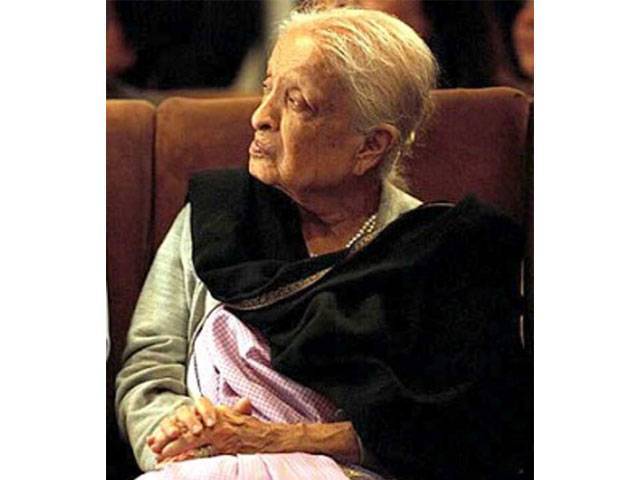 The veteran writer was suffering from throat cancer. PHOTO: FILE

Renowned drama writer Fatima Surayya Bajia passed away at the age of 85 on Wednesday in Karachi, Express News reported.

She was suffering from throat cancer.

Bajia had been awarded several times for her inimitable contribution to Pakistani television and Urdu literature.

Born on September 1, 1930 in Karnatak, India, she migrated to Pakistan with her family soon after Partition.

Many, including Prime Minister Nawaz Sharif, Sindh Governor Dr Ishratul Ebad and President Mamnoon Hussain expressed their condolences on the sad demise of the literary figure.

Saddened to hear of Fatima Suriya Bajia's death. She made a major contribution to the development of modern drama. May Allah bless her soul

Famous writer/playwright Fatima Suriya Bajiya passed away. Will always remember the warmth of our meetings. #RIPBAJIYA