Electi­ons in Sindh are schedu­led to be held on Feb 20 and 22. Howeve­r, fresh date for Punjab is yet to be announ­ced
By Irfan Ghauri
Published: February 12, 2016
Tweet Email 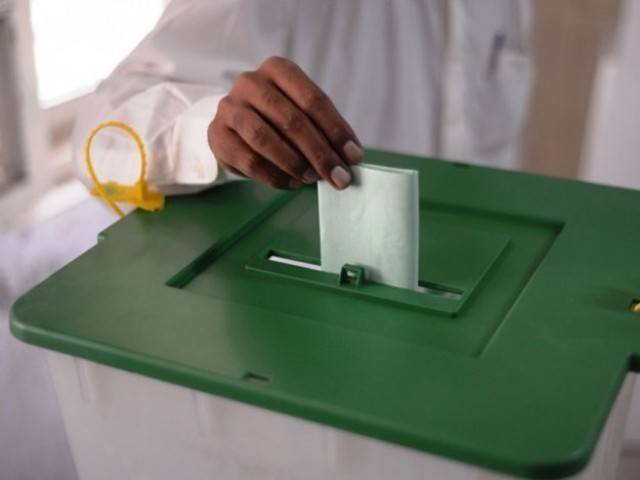 A petition had challenged polling in the provinces using estimates and proportional representation. PHOTO: AFP

The decision came days after the Election Commission  of Pakistan (ECP) postponed the elections on the reserved seats for indefinite period, saying thousands of cases were pending with tribunals against the elected members.

A petition had challenged proposed elections in Sindh through a “show of hands”, wherein numbers are estimated rather than counted. It also challenged the idea of polls through proportional representation in Punjab.

The ruling parties in both the provinces, Pakistan Muslim League-Nawaz (PML-N) and Pakistan Peoples Party (PPP), were against the polling through secret ballot in an apparent fear of defects in the process.

Scrapping the provisions, the SHC called for polling through secret balloting, leading to announcement of a fresh schedule by the ECP.

In Punjab, elections for indirect seats of district councils, municipal and metropolitan corporations were scheduled for February 8, for municipal committees on February 11 and union councils on February 14.

The ECP is yet to issue a fresh schedule for elections in Punjab.

After election on reserved seats, local assemblies will elect chairmen and deputy chairmen. Similarly, mayors for large cities will be elected once metropolitan houses are complete.

The local governments are not functional in the two provinces since 2009.