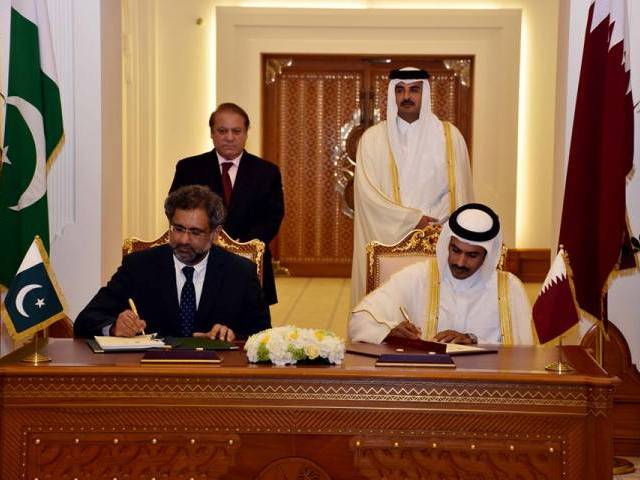 ISLAMABAD: Pakistan and Qatar signed on Wednesday an agreement of liquefied natural gas (LNG) in Doha, as part of the Prime Minister Nawaz Sharif two-day official visit to the Arab country.

The agreement was signed by Federal Minister for Petroleum and Natural Resources Shahid Khaqan Abbasi and Chairman of Qatar Gas Board of Directors Saad Sherida Al-Kaabi at a ceremony in Diwan-e-Emiri in Doha.

Both the leaders discussed ways to enhance cooperation in different fields including energy, trade, investment and defence.

The emir of Qatar thanked the PM for a visit, saying his country was a second home for Pakistanis.