The govt must rebuil­d Pakist­an’s image abroad. Events like the one in Davos provid­ed that opport­unity
By Hammad Sarfraz
Published: February 5, 2016
Tweet Email 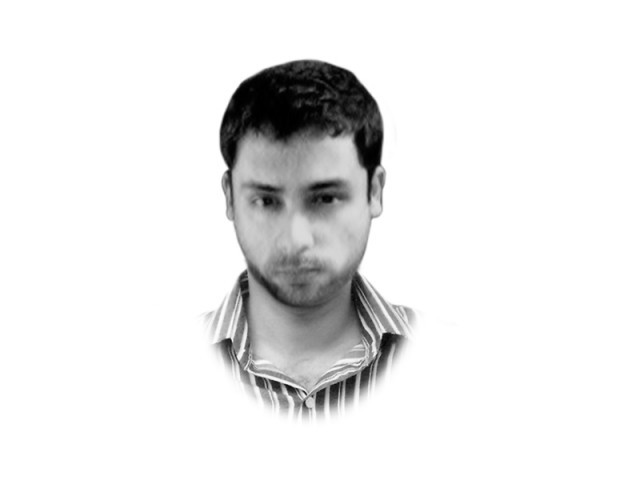 The writer is National desk in-charge at The Express Tribune. He tweets @hammadsarfraz

Right on the heels of his much talked-about trip to Riyadh and Tehran, Prime Minister Nawaz Sharif attended the World Economic Forum at Davos. Billed as an opportunity for investment outreach amongst the world’s largest gathering of business leaders, Davos served another, perhaps more significant, purpose — to rebuild ‘narrative Pakistan’. Sharif’s message — the Pakistan of 2016 is not the Pakistan of 2010. His selling pitch — Pakistan is committed to improving its relations with India and Afghanistan, the fight against terrorism will continue unabated, regional agreements like the CPEC and TAPI will bring much-needed impetus to growth and his government is committed to fashioning a more modern, progressive and peaceful future for Pakistan.

Buoyed by positive reviews from rating agencies, confidence of multilateral lenders, and a slew of regional agreements from the CPEC to TAPI, the prime minister and his team wooed the world’s business elite by offering full equity ownership, tax breaks, custom duty relaxations and government support for public-private partnerships. The push for investment comes at a time when, despite cautiously optimistic reviews, the economy has seen some of its lowest levels of Foreign Direct Investment, which fell to just $850 million in 2014-2015 from over $1.6 billion in the previous year. And while the prime minister’s investment pitch may not result in immediate results, his presence and constant reiteration of policy goals at multilateral platforms is helping push ‘narrative Pakistan’ back onto centre stage. The premier, in his public and private meetings, emphasised that the youth will be drivers for change, that trade with India is a driving force for improving relations, that reconciliation in Afghanistan will be supported by Pakistan and that the challenge posed by terrorism requires global commitment and concerted action. At the European Organisation for Nuclear Research, where Pakistan became the first non-European country to gain associate membership, the premier praised Dr Abdus Salam, resolved to provide women better opportunities and called for improving scientific research in Pakistan.

For a country long vilified for its lack of action against terrorism, double-dealing with the Taliban and lack of human development, pushing Pakistan’s story into the limelight is perhaps as important as ever. Today, Pakistan is in the midst of the largest inland fight against terrorism anywhere in the world, the government has taken bold initiatives to mend fences with a beleaguered Ghani government in Kabul and has reached out to New Delhi by proving his commitment to restart a purposeful dialogue process. And while the attack in Charsadda is a bleak reminder of the internal challenges that remain, Pakistan has been unable to sell its narrative to the wide audience of thinkers and business leaders that can help reshape our battered world image.

As Pakistan fashions a new, vastly more determined outlook for itself, based on actions that promote regional trade and energy integration and demonstrate unflinching commitment to root out extremism, the government must rebuild Pakistan’s image abroad. Events like Davos provide that opportunity.

With over 3,000 world leaders, business elite and thought leaders in attendance, the World Economic Forum is perhaps an ideal setting for restating the government’s commitments to tackle the serious challenges faced by the country. By taking concrete actions on the ground and building a new narrative for Pakistan abroad, the government can gradually unshackle the ‘image’ straitjacket that has held back growth and development over the last decade and a half.

But the latest push for creating a new narrative about Pakistan globally must be based on meeting our internal challenges. Nawaz Sharif and his government now have the opportunity to build on the last two years of anti-terrorism operations and economic stabilisation to kick-start growth and development, while stamping down on all forms of militancy and extremism. The real challenge lies ahead.