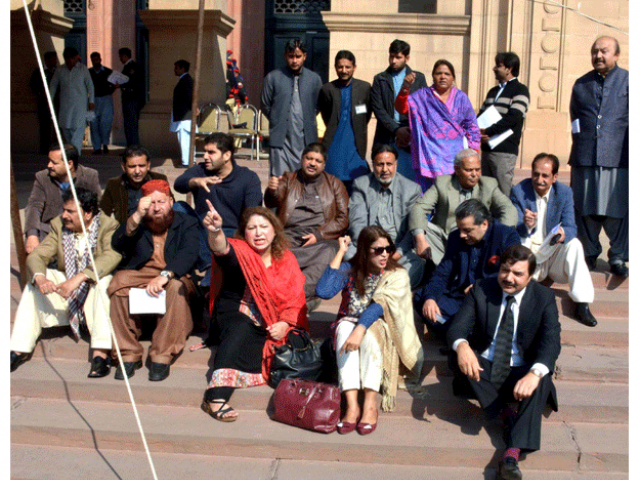 LAHORE: In protest against killings of PIA workers in Karachi, opposition in the Punjab Assembly boycotted the proceedings on Wednesday.

Members of the opposition walked out of the assembly and briefly arranged a sit-in on assembly building’s stairs.

All domestic and international flights of PIA remain cancelled as standoff between the government and the national airline’s employees turned deadly on Tuesday. Three protesters were killed by ‘mysterious’ gunshots during a violent protest at Karachi airport.

“This act of killing protesting workers would even shame a dictator,” he said. “The government has failed in giving relief to the people.”

Meanwhile, the house passed four bills in its proceedings during the day.

No to privatisation: Thousands stranded as PIA workers’ strike continues