I don't believe in extension and will retire on due date: army chief

I don't believe in extension and will retire on due date: army chief 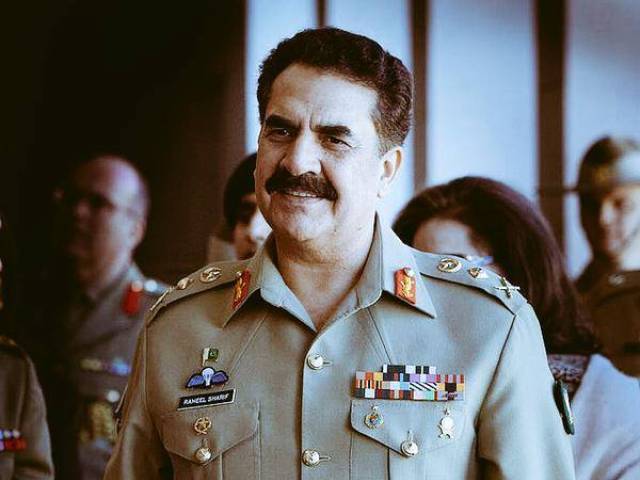 ISLAMABAD: The Pakistan Army on Monday rubbished reports that the army chief would seek to extend his tenure from three to four years.

“Speculations about extension in service of COAS are baseless,” the ISPR Director General Lt-General Asim Saleem Bajwa said in a Twitter message.

Speculations about extension in service of COAS are baseless.COAS said;"Pakistan Army is a great institution.I dont believe in extension-1/3

From 3 to 4 years: Govt backs longer tenure for army chief

and will retire on the due date.Efforts to route out terrorism will continue with full vigor and resolve-2/3

Pakistan's national interest is supreme and will be safe guarded at all costs."-3/3

While quoting the army chief, ISPR said national interest is supreme and will be safeguarded at all costs.

Earlier, the federal government dropped the clearest hint yet that it is ready to back a proposal to extend the tenure of chief of the army staff’s office from three to four years.

Sources close to the prime minister’s office said, on the condition of anonymity, that the proposal was informally floated with the top military office. But the incumbent of the office suggested that the government should reconsider the proposal and implement it from the tenure of the next chief of the army staff, who will take charge in November 2016.

Army Chief General Raheel Sharif, they claim, effectively communicated to the federal government that he may not be interested in any extension in his office tenure. There has been a lot of media speculation round this particular question.

The idea of extension in tenures is a continuation of former military General Pervez Musharraf who gave extensions to himself from 2001 to 2008 and then General Ashfaq Pervez Kayani who was given extensions in his normal tenure and he ended up serving in the role for six years.

In a statement issued from the federal capital, Zardari termed the decision a good omen, saying the Pakistan Army is the most important institution of the country.

The announcement will end speculation regarding a possible extension in the army chief’s tenure, the statement added.

7 pizza places you have to try in Karachi