Party will hold demons­tratio­n at Mazar-e-Quaid on Sunday (today)
By Our Correspondent
Published: January 23, 2016
Tweet Email 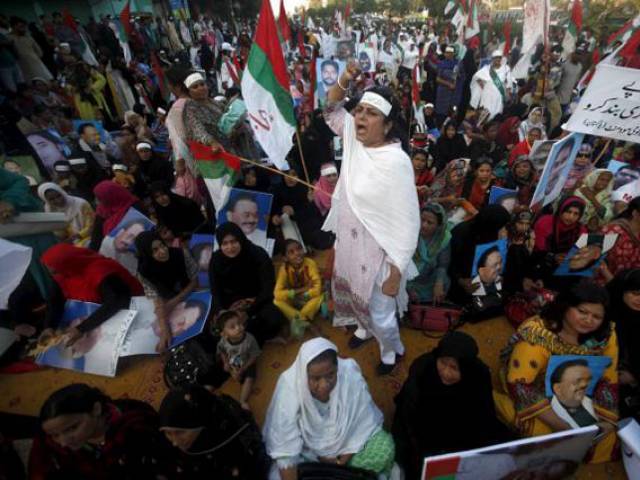 This was announced by MQM’s lawmaker in the National Assembly, Kunwar Naveed Jamil, at a press conference on Saturday.

The party will kick off the series of protests with a demonstration at Mazar-e-Quaid on Sunday (today). On January 29, it plans to hold a protest in Hyderabad and rural Sindh, and a day later, it will hold countrywide protests. The MQM also plans to take up the issue in the parliament and at the international level.

Structural changes: Another reshuffle in MQM

“It has been five months that the [court] ban on Altaf Hussain’s interviews and pictures was placed but there has been no decision on that,” said Jamil, while speaking at the Khursheed Begum Secretariat.

The party leader also appealed to the relevant court to pass orders for removal of the ban on Altaf’s speeches, and also lambasted the federal government for its ‘double standards.’

He said when Altaf raised human rights violations by law enforcing agencies and the illegal arrests of MQM workers during the Karachi operation, the establishment placed a ban on his speeches through the courts. Jamil said holding protests is their right, and the ban on Altaf Hussain is unconstitutional.