Amendm­ent to LG Act will also increa­se number of non-electe­d member­s on UCs.
By Our Correspondent
Published: January 23, 2016
Tweet Email 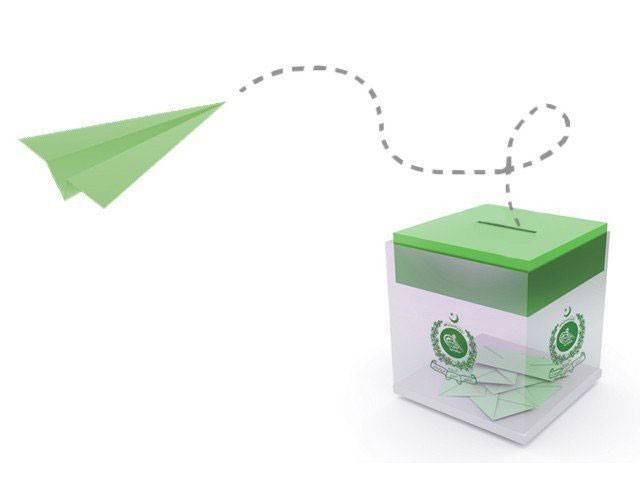 KARACHI: The Sindh High Court (SHC) issued notices on Friday to the chief election commissioner and the provincial authorities on the proposed abolition of secret balloting for the election of the mayor.

Headed by Justice Syed Hasan Azhar Rizvi, the division bench also issued notices to the federal and provincial law officers to file comments of the authorities by January 29.

The Pakistan Muslim League – Nawaz had challenged the third and fourth amendments by the Pakistan Peoples Party-led government to the local government (LG) law relating to secret balloting for the election of elected representatives and the increase in the number of its non-elected members.

Former National Assembly deputy speaker Syed Zafar Ali Shah had filed the petition, citing the chief election commissioner, the provincial chief secretary and secretaries of the LG and law departments as respondents. The petitioner informed the judges that the Sindh Assembly had passed a bill on January 18 making changes to the procedures for the election of the mayor, deputy mayor, the chairperson, vice-chairperson and other elected members of the union councils and union committees.

He explained that the amendment called for abolishing secret balloting for the election of these posts. “Instead the members will raise their hands in the House in order to vote in favour of any elected representatives,” he added.

The petitioner’s lawyer, Syed Mureed Ali Shah, argued that the amendment was made to sub-sections 3, 4, 6, 7, 8, 9 of Section 18 of the Sindh Local Government Act, 2013 (SLGA, 2013). “This is a violation of Article 226 of the Constitution,” the lawyer argued, explaining the article in question states that all the elections under the Constitution, other than those of the prime minister and chief minister, shall be held through secret balloting.

The petitioner also challenged the third amendment made to the SLGA, 2013, on August 27, 2015. Through these amendments, the number of the non-elected members of the union committees and union councils had been increased to five, which is equal to that of the elected members. A union council or committee is to have a chairperson, vice-chairperson and four general members.

On Friday, the bench issued notices to the respondents as well as to the federal and provincial law officers to file comments of the authorities concerned by January 29.