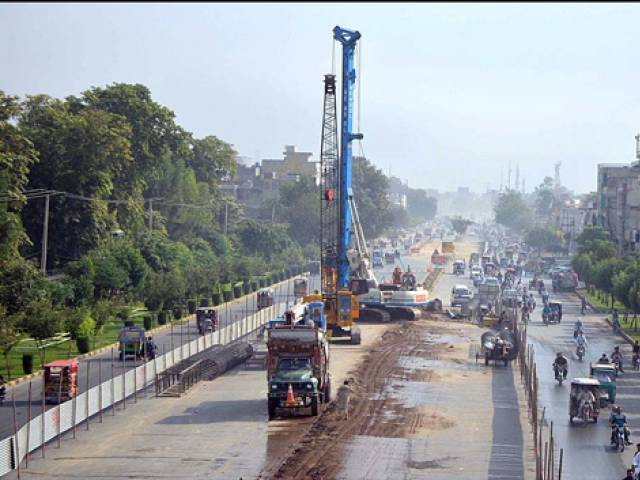 LAHORE: Lahore High Court (LHC) on Thursday gave another chance to the provincial government to reply to a petition challenging the Orange Line Metro Train project.

The court directed the government to submit its reply by January 25.

Advocate Khwaja Haris, counsel for the government, told the bench, headed by Justice Abid Aziz Sheikh, that the project was part of the China-Pakistan Economic Corridor (CPEC).

He said it was a sensitive matter and it was not appropriate to make public documents related to. The court, however, observed that it would summon the documents, if the need arose.

The counsel for petitioners submitted that the project had been initiated without proper planning. He said the government had started work on the project without shifting electricity, water and gas lines and devising a proper traffic management plan.

He said there were frequent traffic jams on various city roads due to the ongoing work on the train’s route. He said the government had started work on the Rs365 billion project without getting the Punjab Assembly’s approval.

“As many as 26 historical sites, including Shalimar Gardens, the General Post Office, the Supreme Court Lahore Registry and Chauburji, will lose their significance once the train starts plying in the city,” the lawyer said. He said the United Nations Educational, Scientific and Cultural Organisation (UNESCO), too, had called the project a threat to environment.

The lawyer accused the government of spending funds allocated for other sectors on the metro train. He requested the court to suspend work on the project until the petition was decided.