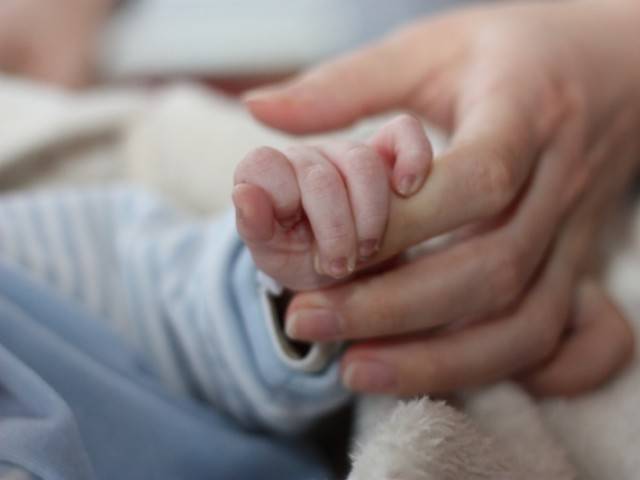 A few months ago, the parents of Ayyan Aftab were shocked when the doctors informed them that their newborn has a birth defect and will need their utmost care. The child was born with cleft lip and palate.

“The defect made us restless,” said Aftab Ahmed, the father. “We discussed his future with such an unusual face and fear that he will be bullied and mocked as he grows up.” Ahmed claims to have seen several children with a similar defect and lamented the way such children were treated in the society.

“He has a birth defect but the societal rejection will affect him psychologically. I can’t raise him in a place where people do not care about others,” explained Ahmed. He resorted to plastic surgery as the only way to protect his child from social ostracism.

Such procedures are increasingly overcoming the myth that plastic surgery is only used by people looking for cosmetic changes to their face to ‘enhance’ beauty. “Plastic surgery allows people to lead a normal life,” said Liaquat National Hospital (LNH) senior plastic surgeon and consultant Dr Mirza Shahab Baig. “It is not about just about cosmetic surgeries,” he explained.

He said that people with burn marks, wounds, injuries and defects can adjust in the society after successful surgeries. A finger separated from the hand can also be rejoined using modern surgery techniques, he added. “Plastic surgeries can cure everything except bones reconstruction.”

Dr Baig has been working at the LNH since 2000. He said that the people are getting plastic surgeries done more frequently now. “Before, hardly any patient came to the hospital, despite the fact that many of them needed reconstructive surgery,” he said.

However, the situation is much different now, he claimed. More than 50 patients visit our out-patient department daily, he informed.

Treatment is quiet expensive, so most of people do not opt for the surgery, said Dr Baig.

“The surgery was costly but was necessary for my future,” said Shahid*, who got multiple injuries on his face during a motorcycle accident. He said that he spent more than Rs400,000 for different surgeries of his face.

“The quality of plastic surgery here is very poor,” said Imran, a father whose child is going through a plastic surgery in city’s one of the major public hospital. “The child still has some defects even after the surgery,” he said, adding that even poor people can benefit from plastic surgery if government makes this facility accessible to all.

Cosmetic surgery and teenagers – a disaster waiting to happen

Speaking about the difference between the facility at public and private hospitals, Shahid said that public sector hospitals don’t care about the plastic surgery patients.

“The facility for plastic surgery is only available at teaching hospitals,” said Sindh health director-general Dr Syed Hasan Murad Shah. He said that there are no vacancies for plastic surgeons at district and taluka hospitals. “It is very sophisticated surgery,” he explained.

Though in a city like Karachi, the plastic surgeons are needed in every major hospital as most of cleft lip and palate, burns, accidental and gunshot cases can be handled by them.