‘Sindh spends only 1% of health budget on nutrition’

‘Sindh spends only 1% of health budget on nutrition’ 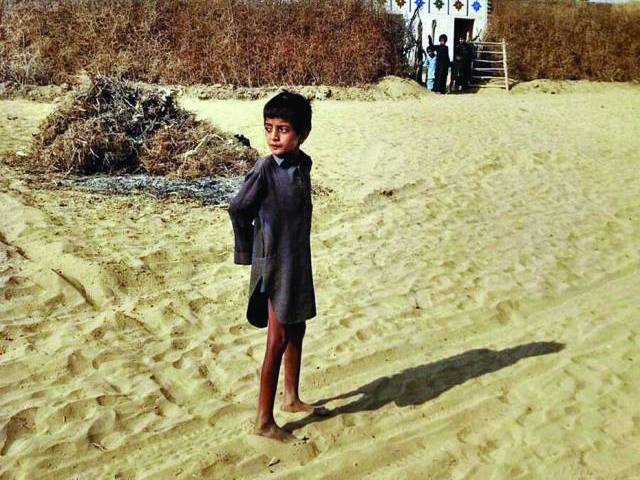 KARACHI: Sindh government spends only one per cent of its health budget on nutrition despite the malnutrition prevalent among the children in the province, said Sikander Brohi, the executive director of NGO Participatory Development Initiatives.

“Health comes at number four in budget allocation as the provincial government gives only 9.10 per cent share to this sector,” Brohi said, while sharing annual budget data in a seminar titled ‘Possibilities, Opportunities and Challenges for Implementation of Integrated Nutrition Strategy Sindh’.

Scaling-up-Nutrition movement: ‘Malnutrition in Pakistan third worst in the world’

The seminar was organised by the Save the Children and partners of the European Union-funded programme, Women and Children/Infants Improved Nutrition Sindh (EU WINS).

Criticising the budget mechanism, Brohi said that only 21 per cent is spent on development sector while the rest is spent on the non-development side. He said that Karachi has taken 43 projects out of the 93 running and new projects in the current budget. “Karachi’s share in the total development budget stands at 55.1 per cent,” he added. He said that urban centres get more attention by the government as compared to the rural areas. “The drought-affected districts of Tharparkar have received only one project,” he said. Dadu, Kashmore, Shikarpur, Tando Allahyar and Tando Mohammad Khan do not have even a single project, he added.

Dr Shehla Zaidi, the director of health policy and management programme of the Aga Khan University, said that underweight percentage in Sindh is 40.5 per cent, stunted, or low height for age, is 49.8 per cent and wasted, or low weight for height, is 17.5 per cent. “It needs immediate and aggressive attention of the government,” she added.

Dr Aamir Akram of the EU WINS shared prevalence of malnutrition projects in Shikarpur, Dadu, Thatta and Sujawal that has reduced almost five per cent malnutrition among children from 2013 to 2015.

Dr Shaikh Tanveer Ahmed, the chief executive of the Health and Nutrition Development Society (Hands), on behalf of the civil society, urged that social safety nets such as Baitul Maal, Zakat and the Benazir Income Support Programme need strong connections with targeted beneficiaries of nutrition.

“The impact of food insecurity and poverty alleviation needs to be strengthened through awareness of basic nutrition concepts, environmental hygiene and disease prevention,” suggested Dr Ahmed.

“Malnutrition is not an issue that could be tackled only by a ministry,” said Aslam Shaheed, the chief of nutrition, planning commission of Pakistan. Instead, he added, it needs a multi-sectoral approach.

Additional chief secretary Aijaz Ali Khan said that, “Sindh is aware of [the] nutrition issue.” He said that the provincial government was spending billions of rupees on nutrition programmes.