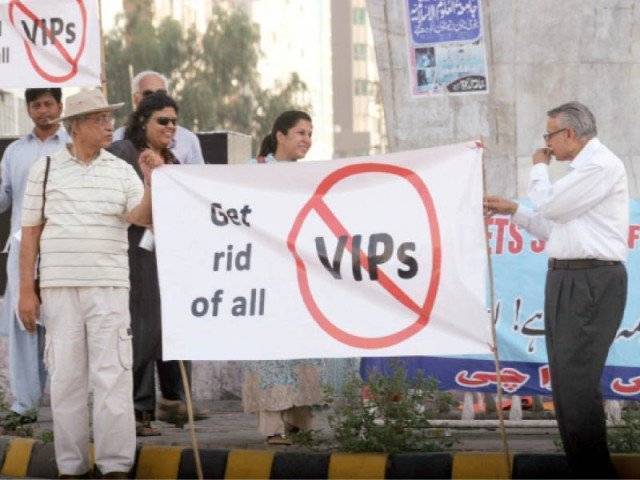 KARACHI: The Sindh Assembly passed on Tuesday a resolution against the prevalent VIP culture in the province.

“It is VIP anarchy, not culture,” lawmakers said during the session.

Akhtar argued the general public suffered immensely because of the closure of main thoroughfares.

Earlier this month, human rights activist Ansar Burney filed a petition in Sindh High Court (SHC) against the Sindh government’s administration in regards to the prevalent VIP culture in the province.

Burney, who heads the Ansar Burney Trust International, requested the SHC to take notice of “violation of the fundamental human rights of citizens.”

“Blocking public roads as part of VVIP protocols of government and private personalities is a violation of fundamental human rights,” Burney argued in his plea.

In December last year, a 10-month-old girl died when her family was unable to enter Karachi’s Civil Hospital due to security measures in place for the arrival of Pakistan Peoples Party (PPP) chairperson Bilawal Bhutto Zardari and other party leaders.

Bisma, a resident of Gabol Park in Lyari, had been suffering from measles and had a high fever when her father, Faisal, brought her to the hospital. He arrived at the trauma centre entrance, which was manned by security officials for the arrival of Bilawal, Sindh Chief Minister Qaim Ali Shah and others.