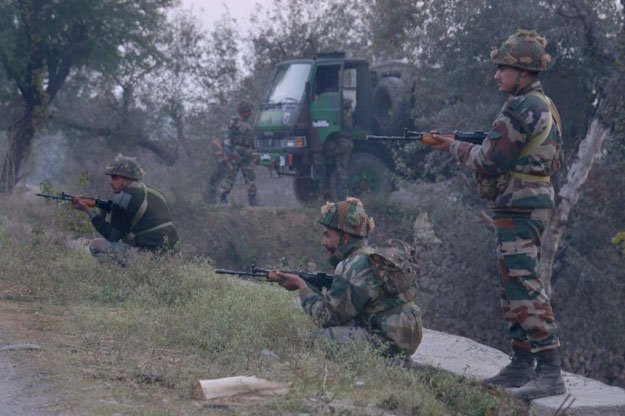 Indian Army personnel stand alert near the Air Force Base in Pathankot, on January 2, 2016, during an ongoing attack on the base by suspected militants. PHOTO: AFP

It is unsurprising that both India and Pakistan find themselves in something of a metaphorical minefield when it comes to the investigation of the Pathankot incident. There are no precedents for a joint investigation, no pre-existing protocols to draw from and both sides are quite literally making it up as they go along. The proposed level of cooperation has no framework and it is going to stretch the diplomatic capacity of both sides if obvious gaping pitfalls are not to swallow up the peace process — much as those who attacked the Pathankot base would have hoped.

A number of people have been taken into ‘protective custody’ on this side of the border, principally men involved with the Jaish-e-Mohammed, which has been identified by India as the likely culprit, but the modalities have yet to be sorted out in respect of the investigation team from Pakistan visiting India. Optimistic notes have been sounded and Prime Minister Nawaz Sharif has directed that the special investigation team find a feasible approach. There are three options — A, B and C. Option A that involved a visit by the Pakistan team to the site of the attack has been ruled out by India, which favours ‘B’ — an interaction off-base by the respective investigators. With both sides in terra incognita, it would be a useful opportunity to create a set of baseline standard operating procedures for future use. In further developments, India is to construct laser ‘walls’ and vulnerable points along the border, particularly the border with Punjab. It is alleged that the Pathankot attackers crossed the dry river bed of the Ujj where there was an inoperative camera providing cover.

However, this joint investigation is conducted and if it is conducted in a less-than-ideal fashion in the eyes of both sides, go ahead it must. Perfection is not going to be achieved at first attempt but the fact that an attempt is being made at all to investigate, together, an extremely serious incident is itself a move forwards. Fraught as this might be, this is how confidence is built over time. Keep talking, gentlemen. 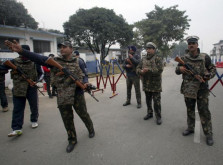 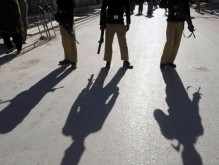 Praful R Shah | 4 years ago | Reply | Recommend At the end the result will be zero, an exercise in futility. If past experience is a guide, the living person Ajmal Kasab did not prove anything. The best India should to is severe / cut relation with Pakistan and mine the border. The area should be under heavy surveillance with order shoot first and ask question later. It should be equipped laser which can blind person. India should out spend Pakistan / Muslim nations on defense spending, grow defense industry and nation.
Srinivasulu Mekala | 4 years ago | Reply | Recommend My following comment may surprise many a Pakistani. But read carefully: Thank you for Pathankot and Gurdaspur attacks. You are helping us through live training, showing loop holes on the fencing, exposing our corrupt officers and periodically forcing India to upgrade its defence mechanism. Also thank you for sham acting or shall I say not acting against the culprits. This will ensure long lease of life to Indo-Pak enmity. As per my calculation, war is not necessary for our victory, but prolonged and ever existing threat of war will ensure our ultimate victory. In fact I must thank Pakistan for keeping us under this constant threat which will make us stronger and stronger. This should not be taken as warmongering. This is all as per your own script, please do not blame India. You people want it this way, so be it. Ameen.
VIEW MORE COMMENTS
Feroz | 4 years ago | Reply | Recommend What investigations have thrown up in Pakistan must be communicated expeditiously. From the telephonic intercepts, have the handlers been identified ? Interrogation of handlers was essential to unearth all dimensions of the plot -- what progress has been made ? When plotters are from Pakistan all information and investigation has to be done there, India has only bodies and items carried or worn by the terrorists, nothing else.
Replying to X
Saved ! Your comment will be displayed after the approval.
Error !
Error! Invalid Email.