A pilot projec­t will be launch­ed in Lahore­
By Our Correspondent
Published: January 14, 2016
Tweet Email 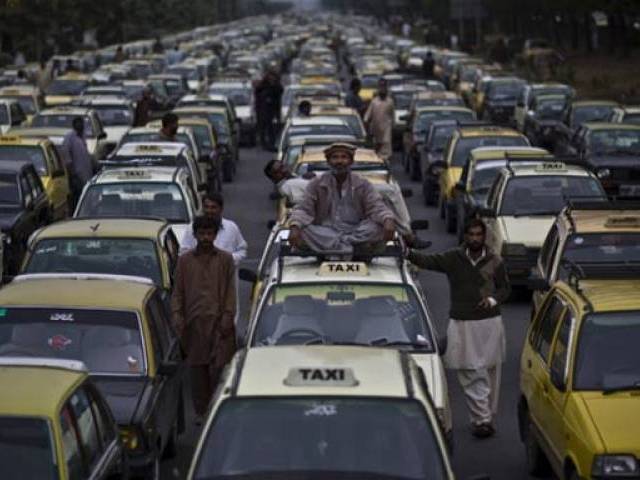 Several Turkish investors have agreed to invest in radio-cabs in the Punjab at a meeting with Chief Minister Shehbaz Sharif on Wednesday.

The delegation of Turkish investors briefed chief minister about features of the radio-cab and said it would greatly benefit the transport sector in the province.

Addressing to the delegation, the chief minister said several Turkish companies had already invested in infrastructure, energy and waste management projects in the Punjab.

He said waste management had improved across the province due to the cooperation of Turkish companies. He said brotherly relations between the two countries had resulted in an economic partnership.

He said the people of the Punjab welcomed Turkish investment, adding that the provincial government would facilitate the projects.

He said the Metro Bus was a good example of successful projects launched with Turkish cooperation.

“The economic partnership between the two countries will get stronger in the coming days,” chief minister said. A pilot radio-cab project will be launched in Lahore. The Turkish delegation, led by Mustafa Albarak, also discussed energy projects and waste management ventures. The Lahore commissioner was also present at the meeting.

In his message on Karim’s fourth death anniversary, the chief minister said she had set an example for young girls in the country.

“Though she is not with us today, the Punjab government wants to keep her dream alive by promoting access to information technology for the youth,” he said. He said the provincial government had set up IT labs in high schools and had distributed laptops among students under this vision.

The chief minister condemned the blast near a polio centre in Satellite Town, Quetta and expressed sorrow and grief over the martyrdom of Frontier Constabulary and police officials in the incident. He said his thoughts were with the bereaved families, adding that he was prayer for recovery of the injured. Sharif said an attack at a public health centre was a deplorable act.

“The terrorists are targeting those who are giving security cover to health workers. Such people are enemies of humanity,” he said.

The chief minister took notice of the kidnapping and rape of an eight-year-old girl in a village near Daska and sought a report from the Sialkot district police officer. He said those responsible should be arrested immediately.