Will Netflix mark a new dawn for Pakistani entertainment?

Will Netflix mark a new dawn for Pakistani entertainment? 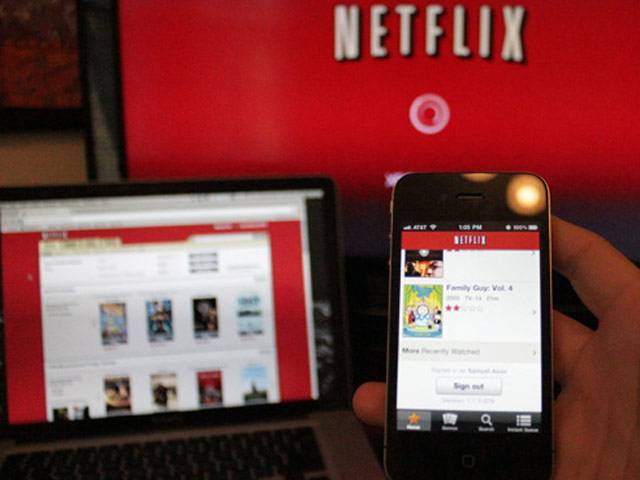 Users in Pakistan can now stream TV shows and movies on Netflix for as low as $7.99 per month. PHOTO: SHOWBIZANDROIDPK

Almost eight years after revolutionising digital programming with its online streaming portal, Netflix has opened its doors to Pakistani users. The company has made the service available in 130 new markets, thus expanding its operations to a total of 190 countries.

According to Netflix’s official website, users in Pakistan can now stream TV shows and movies for as low as $7.99 per month, with the advantage of obtaining a month-long free trial prior to subscription.

Even though local films such as Na Maloom Afraad, Zinda Bhaag and Josh were already available on the platform for a year, the service was yet to officially launch operations in the country.

Numerous stakeholders of the local entertainment industry have shared their excitement at Netflix’s arrival, noting how it may add another dimension to the growing film and television mediums.

Talking to The Express Tribune, film and TV producer Badar Ikram noted that Netflix is an excellent opportunity to reach out to greater audiences worldwide. “As it is, our television serials are appreciated by Indian audiences. Now this would help further our viewership as we can broadcast our content in multiple regions,” he noted.

Where Netflix is primarily known for its television programming, the service also houses an extensive film library. With DVD sales inching towards extinction, industry bigwigs believe the introduction of the portal will give local film producers an opportunity to sell digital rights for their movies.

Netflix and no chill: Twitter divided over TV giant’s entry into Pakistan

“Previously we had only two options. Either sell broadcast rights or upload the film on YouTube for free. But now we have another alternative,” remarked Na Maloom Afraad producer Fizza Ali Meerza.

Even Ikram concurred with this view, noting that unlike Indian films, Pakistani movies are bound to do well on Netflix. “Indian films are heavily pirated and are made available only a day after their release. On the other hand, Pakistani movies are not pirated and with a huge number of expatriates keen on following local cinema, this is a great opportunity for local film-makers.”

While many have spoken in favour of the hyped launch, there are those who are unsure about its prospects. Praising the company’s decision to begin operations in Pakistan, writer-director Vasay Chaudhry said it is unlikely that the service would change the landscape of the local entertainment industry. “It is great that an international platform like Netflix, which monetises content, is launching in Pakistan. Portals such as these are better than YouTube which contains a lot of pirated content. It ends up being of no use to the content creator,” said Chaudhry.

“Secondly, those who use Netflix don’t follow Pakistani serials and dramas. They constitute a very small percentage of the total audience whereas people in rural stations like Gujrat, Larkana and Rahim Yar Khan will watch Dayar-e-Dil rather than Netflix. Plus the content being created by TV channels and production houses is not for online platforms,” he added.

Zinda Bhaag to be the first Pakistani film on Netflix

Although there were many who had been using Netflix in Pakistan for years, thanks to proxies, bandwidth limitations in particular were a major hindrance. Jalaibee Director Yasir Jaswal said good internet speed is necessary for smooth usage of the service.

Despite terming the launch as significant, Waar director Bilal Lashari said the launch will allow local film-makers a level playing field to compete in the international market. However, he said Netflix’s mode of payments is a real obstacle. “It’s great that Netflix is now open to Pakistan but in a country where the credit card culture is yet to take root, it will be interesting to see how it performs.”