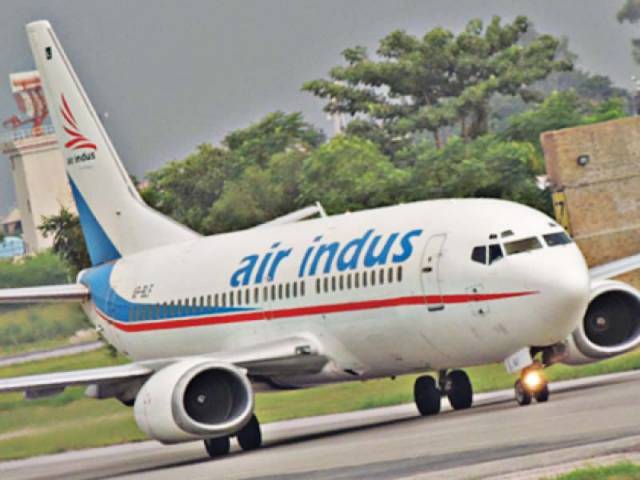 Despite a turbulent history, industry people say the sheer size of the country’s population is enough a reason for investors to jump into the capital-intensive airline business. PHOTO: FILE

Troubled airliner Air Indus, which has not operated a flight since June 2015, aims to resume operation this month but scepticism remains over its ability to remain in air for long, officials said.

The youngest Pakistani carrier is awaiting inspection of two Boeing 737-800 aircraft in Moscow that it wants to induct on wet lease.

Under the wet lease, an airline leases aircraft along with crew from the lessor. This arrangement is generally considered for short durations and is discouraged by Pakistan’s new aviation policy.

Air Indus has not operated any flight in the last six months. It was involved in legal battle with the Civil Aviation Authority (CAA) over repair of its aircraft, one of which was damaged in a terrorist attack at Karachi’s Jinnah International Airport.

A venture of Karakoram Motors, Air Indus entered domestic airspace in 2013 with a promise to offer passengers another option to choose from just a handful of carriers.

It started off with a fleet of only two operational Boeing 737-300 jets. CAA pressed it multiple times to induct more aircraft if it wants to expand operation.

Javed Akhter, a senior Air Indus official, said the damaged aircraft is beyond repair. “A rocket propelled grenade went right through its frame, damaging electrical wiring and other systems.”

The owner of that jet is in dispute with the insurance company over the compensation amount, he said. “We cannot even touch that aircraft – not so much as to take the components out it for the other jets, which are on ground.”

Air Indus’s two other B737-300s are also on ground for want of repairs. One of them needs replacement of landing gear.

Akhter says the airline wants to restart scheduled flights immediately using the two available aircraft but the CAA has asked the airline to have at least three aircraft in the fleet.

Air Indus is also under pressure from the leasing companies to utilise its grounded Boeings 737-300 before January 15 and make them operational to generate cash flows, which can pay for the lease.

“It has been a major disappointment for us,” said a senior aviation division official. “This private airline was taking all the right steps initially. It had the right no-frill model and was operating at 90% load. This shouldn’t have happened.”

The airline was forced to suspend flights in June 2015 on safety concerns. About the same time, the CAA refused to renew its Regular Public Transport (RPT) licence.

The airline went to court and obtained a stay order against the decision, intensifying its differences with the regulator. Since then, the regulator has renewed the RPT licence.

Pakistan’s aviation industry has seen many prospectors trying their luck with airline business. Most of the airlines have gone bankrupt, often to the embarrassment of highflying investors.

It adopted an open skies policy in the 1990s, allowing competition on domestic routes and giving broader access to foreign airlines. More than 20 licences were issued to airliners but none except for Shaheen Air survived.

Despite a turbulent history, industry people say the sheer size of the country’s population is enough a reason for investors to jump into the capital-intensive airline business.

This assertion seems to be reflecting in numbers as well. According to the CAA, Air Indus carried 301,070 passengers or 8.6% of domestic passengers in the year which ended in June 2014 – this was done by a new airline within a few months.