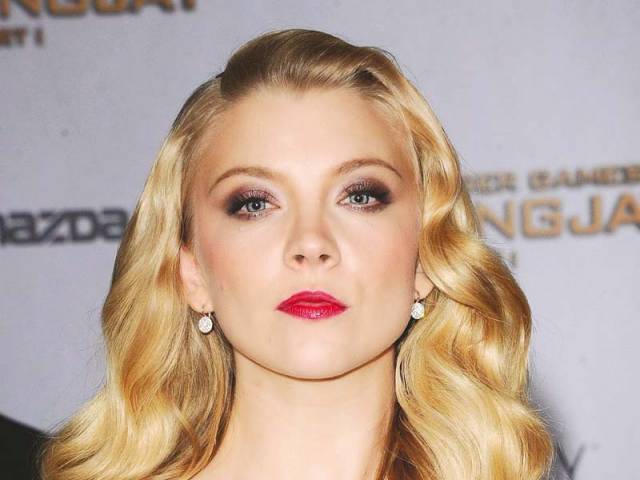 Actor believes it’s important to be content with one’s internal self. PHOTO: FILE

Actor Natalie Dormer thinks actors should look “quirky and imperfect”. The Game of Thrones star insists there shouldn’t be pressure on people of her profession to look flawless because they need to be “real”, reported IANS.

“I don’t take the red carpet seriously. Actors are not models. We have to be real people and look quirky and imperfect. Telling stories is a celebration of human nature, which means you’re not perfect inside or outside,” Dormer told Fashion Magazine.

When it comes to finding happiness, the Hunger Games: Mockingjay – Part II star believes it is important to focus on the internal you. She explained, “If you’re not happy with yourself, you’ll never be happy with the external you.”

GoT season 6 promo is out and it’s really, really mysterious

Talking about gender disparity in showbiz, the 33-year-old said inequality only stops being an issue when what is seen on screen reflects the fact that women comprise almost 50 % of the population.

“We need art in the medium of cinema and TV that reflects that full stop. When we aren’t talking about gender anymore; we’ve achieved equality. But we still have to talk about inequality until that happens,” she said.

“Visual judgment is a part of life, but we have to struggle daily with the fact that it’s what’s inside that should be prioritised. The greatest artists, fashion photographers, designers, makeup artists, as well as all the geniuses of the world understand this.”

7 foods to ease an upset stomach