Pope's Jubilee year off to a sluggish start

Pope's Jubilee year off to a sluggish start 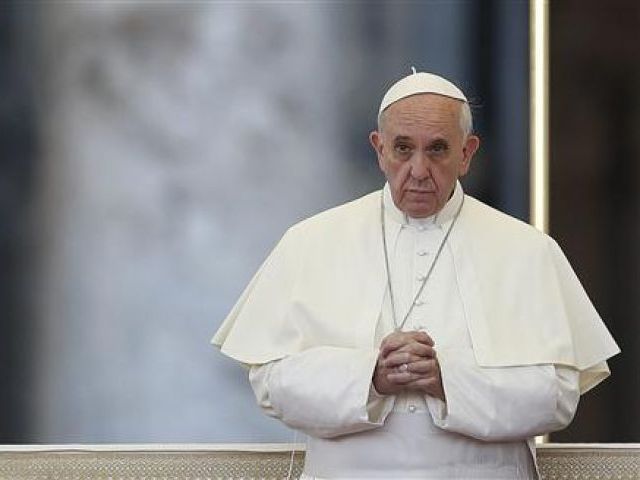 VATICAN CITY: Pope Francis’s Jubilee Year of Mercy has got off to a sluggish start, to the disappointment of Rome’s hoteliers, restaurateurs and souvenir sellers.

Far from being flooded with pilgrims, as the Italian authorities had anticipated, the streets around St Peter’s basilica have been eerily quiet over the end-of-year holiday season, following attacks in France in November.

“There seems to be the same number of people about as this time last year,” said one of the street traders in the Via della Conciliazione, who did not want to give his name.

“But it is clear the crowds we were told to expect have not materialised.”

The view from the street is confirmed by official figures from the Vatican, which revealed earlier this week that the number of people attending papal audiences were 30 percent down from the same time last year.

Italian media have jumped on the figures to predict that the Jubilee year, which runs until November 20, is set to be a flop, largely as a result of the impact of the militant attacks on Paris.

During the last Catholic Jubilee year, in 2000, nearly 150 pilgrims went through the doors of St Peter’s every minute and a total of 32 million visited Rome during the year.

According to the Eternal City’s hotel and restaurant federation, hotel occupancy rates are running at 70 percent currently, down from 90 percent at this time last year.

But it seems likely that is not only the fear of terrorist attacks that is keeping people away.

While Catholics have been encouraged to visit Rome during previous Jubilees, Francis has this time around asked cathedrals around the world to open holy doors which believers can pass through without leaving their own countries.

Traditionally, passing through a holy door during a Jubilee enables a believer to benefit from special indulgences — although modern theologians tend to phrase the act as an opportunity for the faithful to renew their relationship with Christ.

Once in Rome, pilgrims who want to pass through the Holy Door at St Peter’s have to register, like runners in a marathon, in a tent staffed by volunteers near the Castel Sant’Angelo, an erstwhile papal fortress located just outside the Vatican.

Groups can opt, for a small fee, to borrow a wooden cross which one of them will carry on his shoulders for the final stretch of their journey to St Peter’s.

Places for papal audiences and other major events during the Jubilee are distributed at a welcome centre on the Via della Conciliazione, where pilgrims can also, for two euros, purchase a “parchment” — a certificate printed on regular paper — as a souvenir and record of their visit.

“We don’t have a figure for the number of pilgrims per day but there has been a steady flow,” said Massimiliano, the Vatican official in charge of the centre.

Asked about the relative lack of publicity for the Jubilee year in the streets of Rome compared with 2000, Massimiliano said the low-key nature of the event was in keeping with Francis’s discreet style.

Pope says fundamentalism is ‘disease of all religions’

And in the Ancora religious bookshop, Father Giuliano shrugged off his lack of customers.

“A Holy Year is judged over a whole year,” he said. “Those who think it offers a wonderful opportunity to come to Rome still have plenty of time. I’m not at all worried.”

The young souvenir seller shared his optimism. “The pilgrims will come at Easter, as usual.”