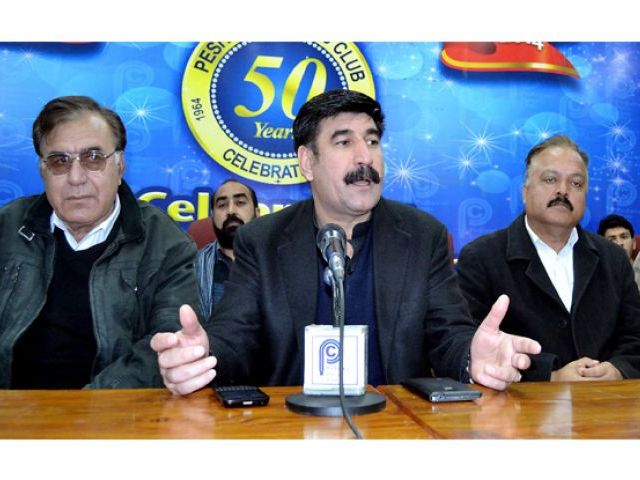 The committee, headed by Adviser to Prime Minister on Foreign Affairs Sartaj Aziz, held detailed discussion, on the FATA Reforms Bill. If passed, the bill will change the fate of the tribal belt as it will rid the region of the Frontier Crimes Regulation (FCR).

What the future holds

Aziz told the tribal elders they have started visiting various agencies in the tribal belt to obtain feedback.

“We have started our visit from Bajaur and will proceed to Mohmand on Friday (today),” he said. “PM Nawaz is taking keen interest in ensuring peace and prosperity in Fata. The aim is to hold discussion to bring stakeholders on board. We will present our findings later.”

Speaking on the occasion, Governor Sardar Mehtab Ahmad Khan said the government will never impose its own decision on the people of Fata and will consult them every step of the way.  Nizamuddin told The Express Tribune a majority of tribespeople are vehemently opposed to the FCR and want Fata to merge with K-P.

FATA Political Parties Alliance has rejected the reforms committee that is to provide recommendations on the fate of the tribal belt. Speaking to journalists in Peshawar, PPP FATA president and former MNA from Bajaur, Akhunzada Chattan, has said the committee is only meeting influential people.

Towards a more humanitarian society: Awareness campaigns to familiarise public with Directorate of Human Rights