While Apple's iPad still rules the tablet roost, Androi­d is shapin­g up to also be a major force in the tablet arena.
By AFP
Published: January 10, 2011
Tweet Email 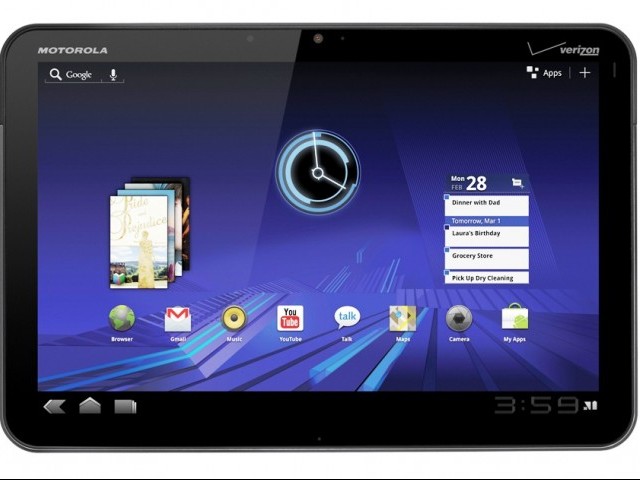 LAS VEGAS: Google may not have had any gadgets on display at the Consumer Electronics Show which closed here Sunday but the Internet giant made its presence felt.

At a show where touchscreen tablet computers were king, Google’s Android operating system was the crown prince.

And Honeycomb, or Android 3.0, was the operating system of choice for dozens of the other tablet makers showing their wares on the crowded show floor at the Las Vegas Convention Center.

While Apple’s iPad still rules the tablet roost, Android, which is already widely used by smartphone makers, is shaping up to also be a major force in the tablet arena.

Android, which Google licenses to manufacturers for free, has become the number two mobile operating system in the United States according to comScore, with a 26 per cent market share trailing Research In Motion’s Blackberry OS but ahead of the 25 per cent for Apple’s iPhone OS.

Another technology giant expected to make a splash in the tablet arena, Seattle-based Microsoft, with its Windows 7 operating system, again failed to deliver.

Windows-powered tablets were few and far between at CES and attracted little notice with the exception of the Eee EP121 from Taiwan’s Asus, which runs Windows 7 software and features a 12-inch (30.5-centimeter) touchscreen.

As if adding insult to injury, a Lenovo hybrid tablet-laptop, the IdeaPad U1, runs Windows 7 when serving as a U1 laptop and Android when the detachable screen is removed to work as a tablet, the LePad.

Rotman Epps said Google’s Honeycomb actually “poses a much bigger threat to Microsoft than it does to Apple.

“Of the 24.1 million tablets we expect US consumers to buy in 2011, the majority will still be iPads, but consumers looking for a cheaper, feature-rich alternative will turn to Google, not Microsoft,” she said.

“I guess the world will have to wait for Windows 8 tablets,” Rotman Epps added in a blog post.

Mike Cleron, a Google engineer, said the Mountain View, California-based Internet search giant had spent more than a year “rethinking everything about Android from the ground up” before coming out with Honeycomb.

“We optimized Android for the new hardware,” Cleron said, pointing out features which were not available on the first version of the iPad such as multi-tasking.

Most of the Android-based tablets on display also integrated other features not included on the iPad such as front- and rear-facing cameras to enable video chat and the ability to run Adobe Flash video software.

Motorola Mobility device team head Alain Mutricy, accepting the award for best gadget at CES, described the Xoom, whose 10.1-inch (25.6-centimeter) screen is about the same size as that of the iPad as the “next generation of tablets.”

“Our partnership with Google has been very intense and has enabled some great technology,” Mutricy said.