‘Tajdar-e-Haram was produced by Shiraz Uppal’

‘Tajdar-e-Haram was produced by Shiraz Uppal’ 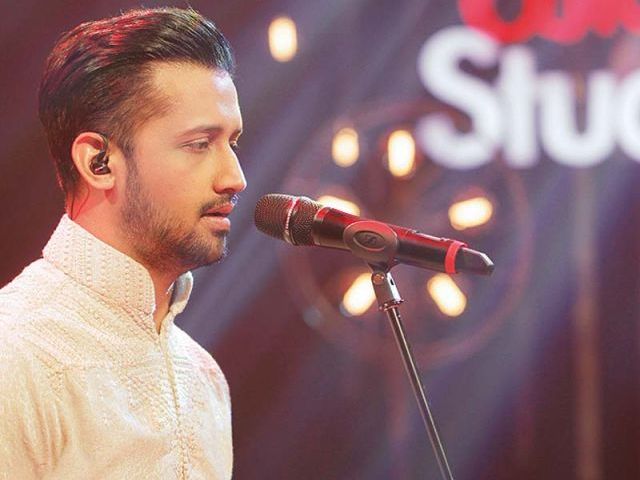 The cover stands at 9.5 million views on YouTube. PHOTO: PUBLICITY

KARACHI: Coke Studio season 8 was recently wrapped up amid mixed reactions to the 29-odd songs that were released this year. Atif Aslam’s Tajdar-e-Haram opened the edition’s first episode and went on to become the highlight of the show, which saw Strings helm the project for a second season. But it has been revealed what became the biggest hit of season 8 was in fact not produced by Strings duo Bilal Maqsood and Faisal Kapadia.

Speaking to The Express Tribune, Atif revealed, “Tajdar-e-Haram was actually produced by songwriter Shiraz Uppal.” Atif had initially planned to keep the track for himself and had Shiraz arrange the music. “When Coke Studio approached me, I thought why not perform it on the show,” he added. He shared he brought Shiraz on-board to give the producer a feel of Coke Studio.

When approached for a comment, Shiraz said Atif is his long-time collaborator. “He had approached me because he wanted to do a modern version of the qawwali. We took the CD to Coke Studio where he performed the same version.” It’s interesting to note that neither was Shiraz’s name mentioned in the song credits nor did he appear in the BTS clip that showcases the song-making process.

The composition, which helped qawwali giants Maqbool Ahmed Sabri and Ghulam Fareed Sabri cement their identity, received mixed reactions from all sides. While a comparison with the original and an evaluation based on the aesthetics of qawwali are both unfair and unyielding, the attempt certainly wouldn’t have made the mighty Sabris turn in their graves.

In an interview with The Express Tribune, Ghulam’s son, qawwal Amjad Sabri, threw weight behind Atif and said, “I really like how the music was arranged. Atif didn’t do badly. I wish he could have worked on his diction a little more though.” He had, however, confirmed that the show’s team did seek permission from him “to pay tribute to abba ji’s kalaam.” The cover of the hit qawwali, originally done by Sabri Brothers, stands at 9.5 million views on YouTube and 4.5 million views on Facebook.