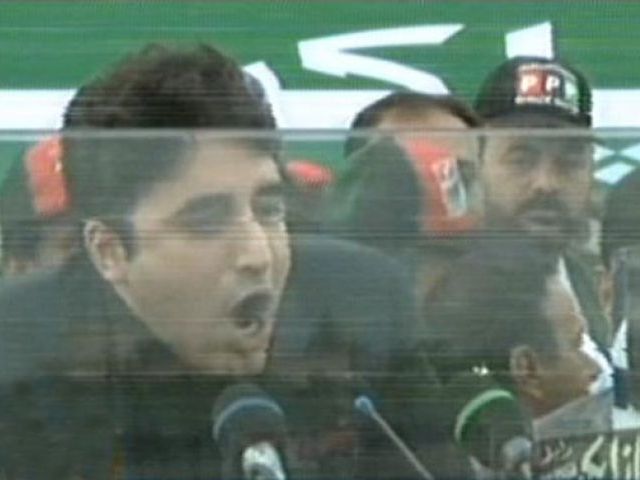 “We will not allow the financial murder of the poor people of Sindh,” Bilawal said, while addressing his party workers on Benazir Bhutto’s eight death anniversary at Garhi Khuda Bux.

“We support the National Action Plan but the incumbent government is using NAP as a tool for political victimisation” the PPP chairman said.

Bilawal also accused the PML-N of reviving the tradition of revenge-based politics in Pakistan by resorting to the “target killing of PPP workers”.

“The history of PPP’s target killing is very old. It all started with the formation of the PPP when its founder Zulfikar Ali Bhutto was killed,” he said.

Only Bhuttos are saviours of Sindh, says Bilawal

“We want democracy and a parliamentary system, where one man’s decision will not govern all,” the provincial chief minister said, while addressing the gathering at Garhi Khuda Bux.

Shah said that PPP has been tested several times and yet some elements are trying to weaken the party. “Chaudhry Nisar and his friends are trying to take control of Sindh, but we will not let anyone seize the province,” he added.

Speaking about the Karachi operation, the chief minister said that peace in Karachi became a reality because of the people of Sindh, not due to the actions of any single institution.

Former interior minister Rehman Malik also spoke at the ceremony, saying the slain PPP leader was never bought and she did not surrender until her last breath. “People accuse her of things she did not do. I’m telling you today that BB never signed the NRO,” he said.