A year of political balancing acts

A year of political balancing acts 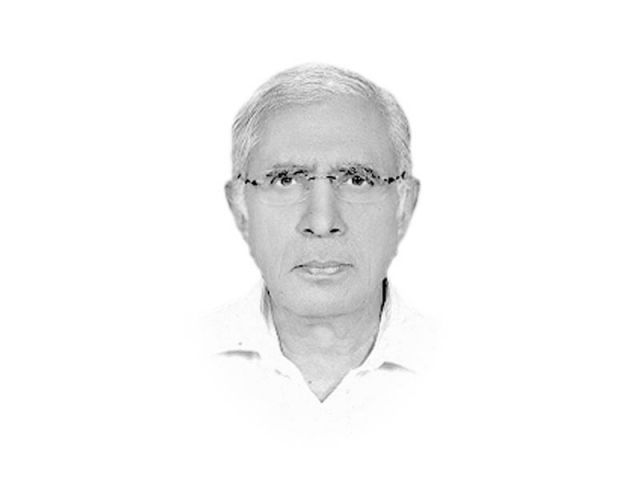 Truly speaking, 2015 was essentially about performing political balancing acts throughout the year. All the important political players seemed to be trying to find out exactly where they stood in relation to one another but while doing so, each one seemed to be trying its best not to rock the boat. Political chaos was measurably absent. No long-drawn sit-ins brought the country to a standstill like they did last year. And the state of civil-military relations, while not as tense as they were in 2014, nevertheless still appeared to be far from being friction-free.

Prime Minister Nawaz Sharif appears to be completing the year almost unscathed politically and more in control of the situation and more confident, despite the fact that during the year the economy remained in doldrums, afflicted by massive shortages of electricity and gas as well as rising unemployment. The ruling PML-N has fully regained the province of Punjab, notwithstanding Jahangir Tareen’s win in the recent Lodhran by-poll. Punjab seemed to have been slipping out of the PML-N’s hands last year, with Imran Khan’s PTI giving it a run for its money.

But the issue of governance has remained a matter of serious concern in all four provinces, especially in Sindh. In Balochistan, a window for political reconciliation seemed to have opened, with the provincial government contacting the estranged self-exiled leaders. Efforts were also speeded up to bring Fata into the national mainstream.

The main opposition, the PPP, despite its problems with the Rangers has averted confrontation with the federation while still complaining vociferously that it is being forced against the wall and that the Rangers were going beyond their legal and constitutional mandate. The more vocal PTI, however, has continued to insist that the PPP has lost its right to lead the opposition because of what it calls a behind-the-scenes deal between the PPP and the ruling PML-N to ‘live and let live’, essentially to secure the loot the PPP had allegedly accumulated through corruption.

It was in such a political backdrop that the four provinces held local government (LG) polls, and that too for the first time on a party basis. It was for the first time in Pakistan’s political history that elected provincial governments had held these polls. All the past LG polls were held under military regimes. Predictably in Punjab, Sindh and Khyber-Pakhtunkhwa, the ruling parties — the PML-N, the PPP and the PTI respectively — swept the polls, with the MQM once again making a clean sweep of urban Sindh, including Karachi. Surprisingly, by and large, the LG polls in all provinces were held in relative peace with only a small number of incidents of violence reported.

Meanwhile, the Karachi operation that kicked off in September 2013 to root out terrorism from the megalopolis completed its first phase by the middle of August largely satisfactorily, with the law and order situation in the city improving greatly. The Rangers have now embarked on the second phase in real earnest. But by the time the incidents of targeted killings, kidnappings for ransom and other terror-related crimes went down, the confrontation between the MQM and the Rangers escalated to a dangerous point, with thousands of the party’s workers arrested, their weapons ceased and the headquarters at Nine-Zero raided. So much so that at one point during this period, MQM chief Altaf Hussain went hammer and tongs against the security establishment, followed by Pemra banning his telephonic addresses from London. For a while it appeared as if the MQM would be ousted from urban Sindh and that it had been decided to wrench Karachi from the Muttahida for good. But as in the past, the party has come back literally with a bang, to recapture its ground through what appeared to be relatively fair and free LG polls. This seemed like a repeat of the events of 1992, 1996 and 1998. This time again, the game is taking almost similar political twists and turns with the MQM back in the saddle in urban Sindh thanks to its emphatic victory in the LG polls, while the PPP, despite having swept the polls in rural Sindh, is facing the wrath of the establishment and the media in general, on account of its alleged corruption and bad governance. The scene appears to be set for a repetition of the old story — a confrontation between the Sindh government led by the PPP and the Karachi government led by the MQM on the issue of division of powers.