Christmas with the Pope

Christmas with the Pope

Pope has tried to heal wounds and build bridge­s but there is no simila­r voice emanat­ing from the Muslim world
By Amber Darr
Published: December 23, 2015
Tweet Email 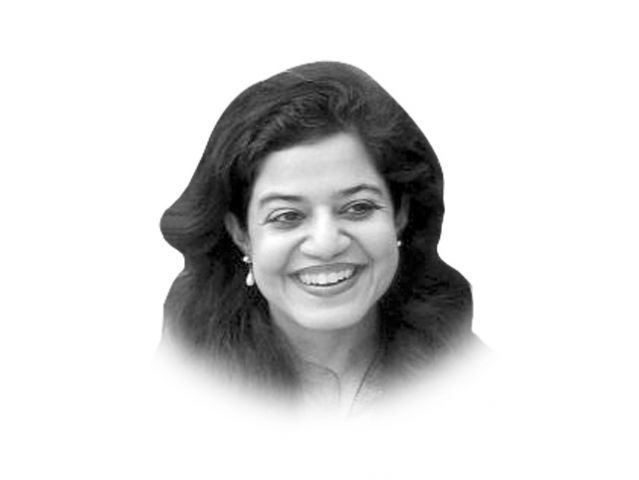 The writer is a barrister with an interest in psychology

London is glorious at Christmas. From November onwards, the city is decked out in colourful decorations, twinkling fairy lights and ornate Christmas trees, whilst shops put on magnificent displays holding out promises of grand sales. Such is the air of festivity and such the warmth of the memory of Christmases past from my time at St Joseph’s Convent Karachi, that even though I do not celebrate myself, I feel a certain joyousness infusing my heart on Christmas Day — quite similar to what I associate with Eid with the family.

Last year, however, was different. I had returned from Karachi on the very day that the Peshawar massacre had slowly and horribly unfolded on the television screen. I felt numb, isolated and not quite sure what was more disturbing: that young innocent children had been so mercilessly killed or that the killing had been carried out in the name of Allah who I believed and knew to be eternally merciful and endlessly kind? All I could do was to listen to the news almost obsessively, to keep up with the latest developments in Pakistan.

It was whilst flipping channels that a snippet from Pope Francis’ Christmas message caught my ears: May he [God] give comfort to the families of the children killed in Pakistan last week. I was surprised. Why should the head of the Roman Catholic Church, send a message of compassion to families of Muslim children on the other side of the world? As I heard the rest of his speech, however, I realised that the Pope was reaching out to everyone, to all victims of violence and disease irrespective of their race, colour, caste or creed.

The Pope’s words calmed me, but I also wondered why that should be. Surely, it was not the idea of compassion itself that was new to me? After all, Islam preaches compassion for the fellow men and reminds Muslims that Allah is Ar Rahman Ar Raheem, the very embodiment of mercy and compassion. I realised then that the Pope’s words had touched me because they’d come at a time when many remained silent and watched the world become increasingly polarised. And he had spoken as a human being rather than as the leader of a particular religion.

From that time onwards, the Pope remained on my radar. I watched him as he talked about climate change and against the death penalty; when in the aftermath of the Charlie Hebdo and Bataclan episodes, he cautioned against judging the entire Muslim community for the acts of a few terrorists; and when in the United States and in Africa, he urged the importance and necessity of engaging in interfaith dialogue. Slowly I understood that the Pope had the courage to practise his compassion and humanity, above and beyond most traditional biases and divides.

I also realised that just by expressing his compassion, he was in fact healing wounds and building the very bridges he urged others to build. But I felt saddened that there was no similar empathetic voice emanating from the Muslim world even at the time of its greatest crisis. At first I focused on so-called Islamic leaders: why didn’t the Imam Kaaba make a strong public pronouncement for tolerance and interfaith harmony? Why did the clerics remain largely silent? Why didn’t Muslim heads of states deliver a clear policy statement condemning terror and extending compassion?

However, once my outrage had abated, I remembered a conversation I’d had with my grandfather years ago: why doesn’t Islam have an organised clergy like Christianity, I’d asked? And he had said that it was because Muslims had a personal relationship with Allah that didn’t need the intercession of a priest. I remember how proud I’d felt that Allah had considered me worthy of direct communication. Surely, if this channel could be used to pray for the gratification of my needs, then it could also be used to practise divine compassion?

I realised then that by hoping for others — even the so-called leaders — to take responsibility, I was only denying my own power as a Muslim and as a human being. I have the option to choose compassion and kindness every day in all my actions and towards everybody I encounter. And wasn’t this also the lesson of Holy Prophet Muhammad (peace be upon him) whose personal kindness, even to his adversaries, was exemplary? This year, therefore, as Christmas approaches once again, I choose to celebrate it with the Pope, not in person, but together in the spirit of humanity.

Fear and hope in Kabul