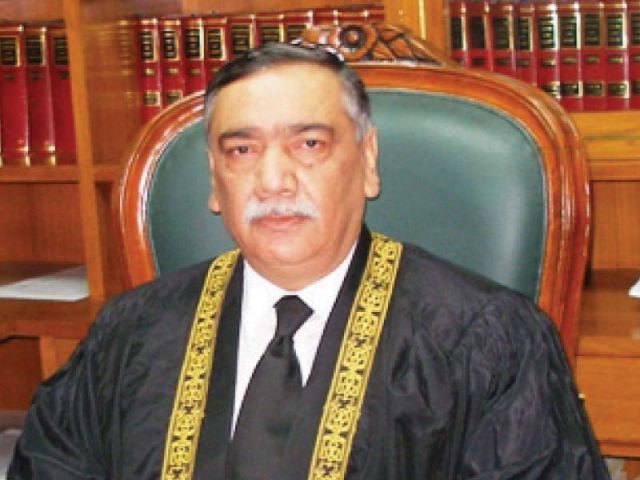 ISLAMABAD: The Supreme Court has observed that it has limited jurisdiction when it comes to interpreting the injunctions of Islam on the issue of blasphemy and its punishment.

While authoring a six-page order in the matter, Justice Asif Khosa pointed out several times that the petitioner has failed to prove through any legally admissible  evidence that the victim namely Salman Taseer had committed blasphemy within the meanings of section 295-C PPC.

Justice Khosa said “no error patent on the face of the record has been pointed out by the counsel for petitioner [Qadri] qua such findings of this court.”

The order reads: “In view of the provisions of Articles 203G and 230 of the Constitution, the matter of interpretation of the injunctions of Islam as laid down in the Holy Quran and Sunnah falls within the exclusive domain and jurisdiction of the Federal Shariat Court, Shariat Appellate Bench, and the Council of Islamic Ideology with reference to an existing and proposed law and essentially.”

Stressing harmony: ‘Blasphemy laws are to protect the innocent’

It also pointed out that the court’s [SC] jurisdiction in such matters is limited to application of principles where they are settled, adding that but it is obvious that the same also applied to the Islamabad High Court (IHC). The high court, while issuing its ruling in the same matter, had discussed Islamic provisions.

But while issuing the judgment under review, the top court said it had refrained from interpreting he injunctions of Islam on blasphemy and its punishment, therefore, the same was also expected of the IHC.

In view of the matter, the observation made by IHC in the paragraph No 28, 29 and 30 of judgment passed in this case could be treated as Obiter dicta. Obiter Dicta mean a judge’s expression of opinion uttered in a court or in a written judgment, but not essential to the decision and therefore not legally binding as a precedent.